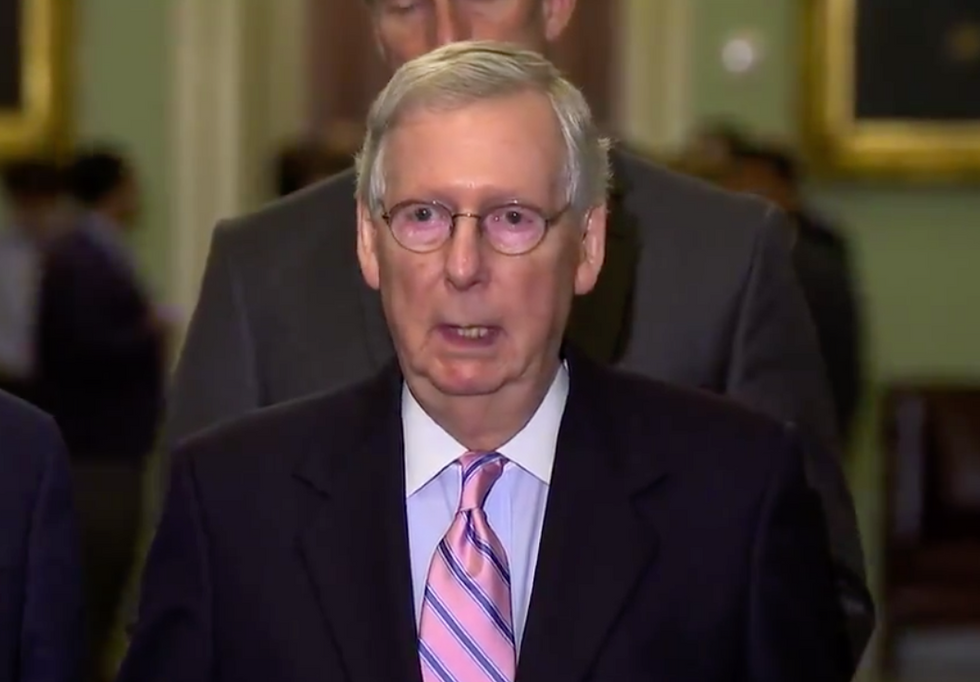 Republicans are already showing their hand—they were forced into setting up a hearing on sexual assault allegations against Brett Kavanaugh, so they’re trying to severely stack that hearing in favor of Kavanaugh and against his accuser, Prof. Christine Blasey Ford. Here’s how they’re doing that:

1. Republicans set up the hearing with six day’s notice.

“Hi, Christine, we’re inviting you to come and testify in a hearing about one of the most traumatic experiences of your life. We will definitely be dragging your good name through the mud at every given moment and you have at least several days to prep for it. Cheers!”

Yeah, that’s just plain bullshit. Republican Senate Judiciary chair Chuck Grassley is already using his shotgun hearing tactic as a way to cast doubt on Ford, saying it “kind of raises the question, do they want to come to the public hearing or not."

GOP Sen. Lindsey Graham is likewise placing the onus on Ford, as if Republicans aren’t already kneecapping her: "She can come if she likes, but if she doesn't want to, she doesn't have to."

They never even contacted her in advance of scheduling the hearing to okay the timing, according to Sen. Richard Blumenthal.

Republicans aren’t allowing testimony from the third person Ford placed in the room the night of the assault, Kavanaugh buddy Mark Judge. Of course they don’t want to hear from Judge, who wrote a tell-all book about all his blackout drinking escapades as a young Gen Xer. But more importantly, experts say it would be very unusual for Ford to place a third person in the room if she were making up her story, because that would just be one more person to deny it.

What Republicans want is a head-to-head in which Kavanaugh emphatically denies ever being at the party (which he already has) and Ford recounts what she remembers of the decades-old incident while GOP senators skewer her for not recalling every single detail about that night. Now who do you think that favors?

As Ford told one friend: “I’ve been trying to forget this all my life, and now I’m supposed to remember every little detail.”

The FBI needs an order from Donald Trump to investigate the incident as a part of Kavanaugh’s background check and on Tuesday Trump said flatly the “FBI shouldn't be involved in investigating” the matter.

Of course Republicans don’t want the FBI bringing actual investigative work to their fly-by-night inquiry. The FBI could interview other attendees like Judge and may actually be able to pinpoint exactly where this party took place by using details Ford does recall, like the bathroom “at the top of a narrow stairway” she remembered ascending just before the assault occurred. If you can pinpoint the house, the owner, and other attendees, you might be able to find out if Kavanaugh was “stumbling drunk” that night or even if that was a regular occurrence for him. In short, more details are almost sure to be bad for Kavanaugh and that’s why Republicans are making certain the FBI won’t get anywhere near this.

As Democratic Sen. Richard Blumenthal said on MSNBC Monday: “I strongly believe that the FBI has to investigate. If we don't do it before the hearing, we're going to be shooting in the dark.”

Shooting in the dark is exactly what Republicans are counting on.

And most likely, Ford’s attorney is doing everything possible to make sure she doesn’t walk into the ambush Republicans are setting up.