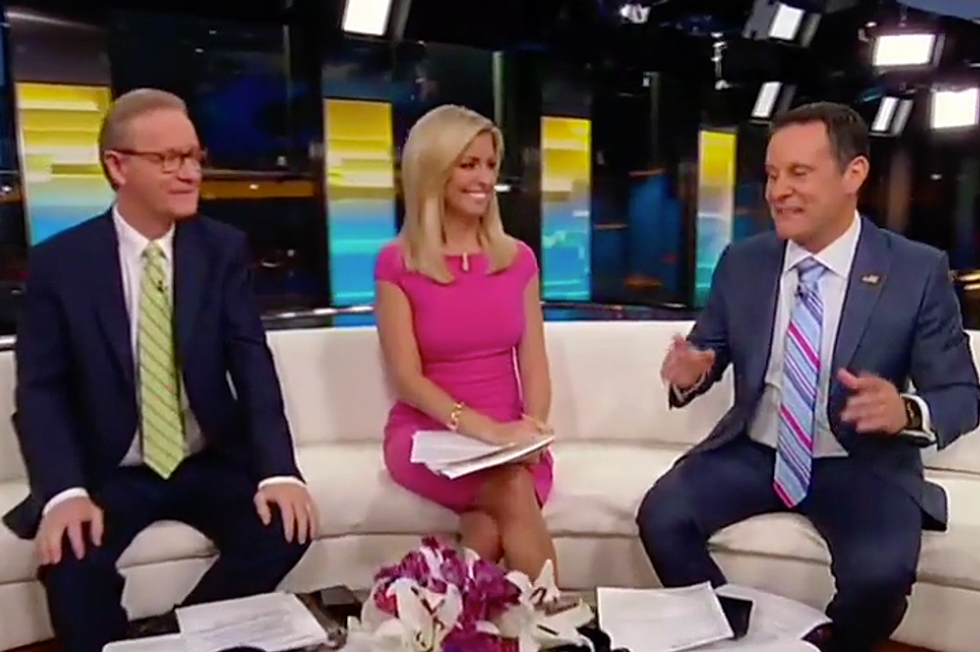 Leave it to "Fox & Friends" to rewrite recent history.

The president's favorite TV show Wednesday morning announced that the world leaders and diplomats at the United Nations weren't laughing at President Trump on Tuesday when he bragged and boasted about his achievements. No, they were just "having fun."

“I liked when everyone laughed afterward,” co-host Brian Kilmeade told viewers. “It was good, unscripted moment in a very scripted situation.”

It was definitely unscripted.

Trump, at the beginning of his address to the General Assembly announced, “In less than two years, my administration has accomplished more than almost any administration in the history of our country.”

Then, as the laughter continued, he added, “Didn’t expect that reaction, but that’s okay.”

Once again, here's video of the UN laughing at the President of the United States:

Mediaite has the "Fox & Friends" clip.