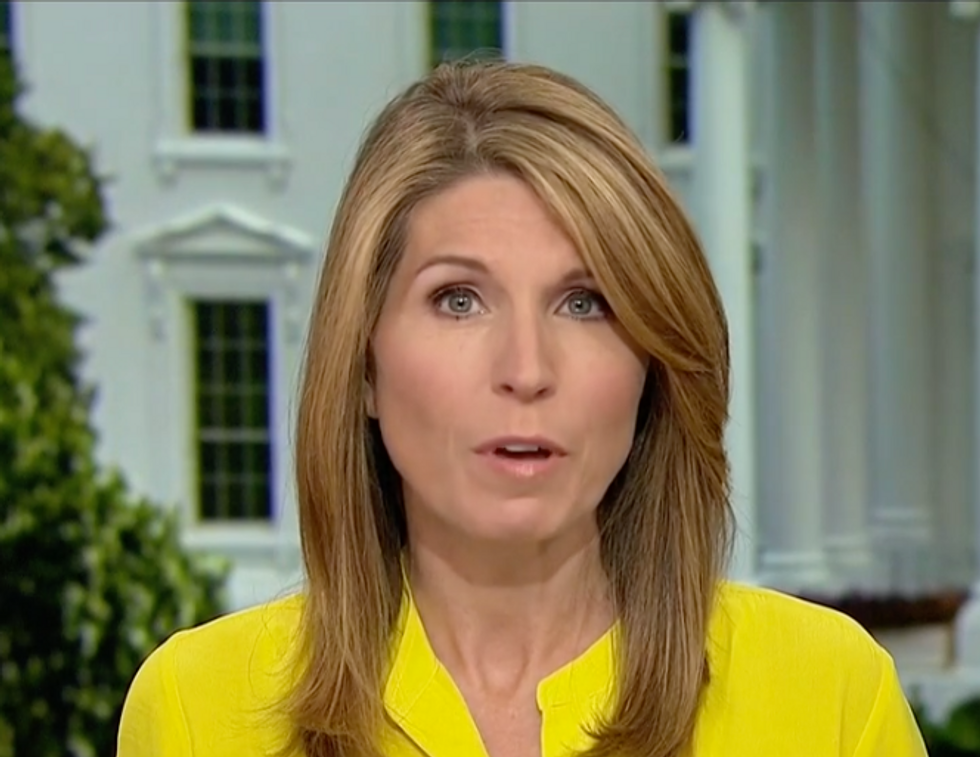 "As the storm bears down on the East Coast, the president managed to fire off a tweet about collusion with Russia this morning, saying there wasn't any," she said. "He also found time to re-up his feud with the mayor of San Juan, Puerto Rico, over the response to the deadly hurricane that hit Puerto Rico one year ago."

She continued: "The president's tweet: 'We got A Pluses for our recent hurricane work' — good God! — 'in  Texas and Florida (and did an unappreciated great job in Puerto Rico, even though an inaccessible island with very poor electricity and a totally incompetent mayor of San Juan). We are ready for the big one that is coming!'"

Wallace noted that Cruz had fired back, saying, "This isn't about him and about his ego. This is about the inability of his administration that he directs to ensure that the appropriate help got to Puerto Rico in time."

"I don't remember talking about my grades since I was in grade school," Wallace told her guests. "The president tweeting this morning about A-pluses. Really, even the most — even the most generous read can put the president at the center of his words, his public statements, his utterances about this potentially deadly storm bearing down on the Carolinas. It's bizarre!"