'I Went Up to Him as a Dad': Bereaved Parkland Father Reveals What He Wanted to Tell Brett Kavanaugh 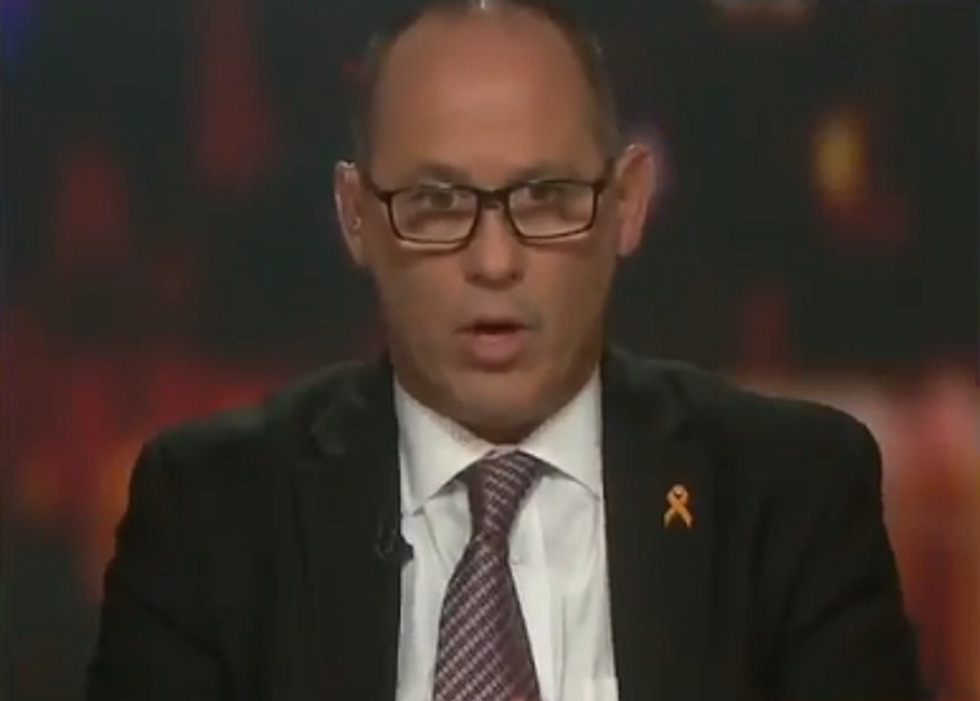 During the first day of rushed, farcical confirmation hearings for President Donald Trump's nominee for the Supreme Court, Brett Kavanaugh was approached by Fred Guttenberg, the father of a girl who was killed in the Marjory Stoneman Douglas High School shooting in February. When Kavanaugh saw him, he turned away from the father without shaking his hand and reportedly even told security to eject him from his hearing.

Undeterred, Guttenberg appeared on CNN's "OutFront" on Tuesday night to discuss why he approached Kavanaugh and what he wanted to say to him.

"I was there all day at the request of Sen. Feinstein," said Guttenberg. "And when I was listening to Judge Kavanaugh this morning, at his introduction, he looked over at his family. And he specifically talked about his kids, and he's got a beautiful family. I went up to him as a dad, to be quite honest. I don't go home to my complete family anymore. My daughter was killed. And I am really concerned about how he is going to rule on certain things that matter a lot to me. Because I don't want to see other families go through what we've gone through."

Kavanaugh's voting record on gun cases is dangerously extreme, far to the right of current federal court rulings, which have held that semiautomatic long guns with assault-style features, of the type that killed Guttenberg's daughter, can be restricted. He has compared banning guns with these features to banning certain types of speech.

"The NRA is spending a lot of money to help get him selected," continued Guttenberg. "But the problem is, they're also filing lawsuits all over the country. Florida, for example. We actually passed gun safety after what happened in Parkland. The NRA filed a lawsuit. These lawsuits are going to end up in front of a Justice Kavanaugh. And unfortunately, based upon his prior statements and rulings, we can predict how he's going to rule."

"Candidly, my hope to him was simply to say, 'I hope you change your stance. I hope you look in my eye. I hope you see that this pin that I wear on my lapel, or these bracelets that I wear, that's all I have to get close to my daughter now. And I hope you can be part of making sure no other parent has to feel the way I do. Because we can fix this.' And I'm concerned that he won't be that person. But he's a father, and I tried, I was hoping to appeal to that."