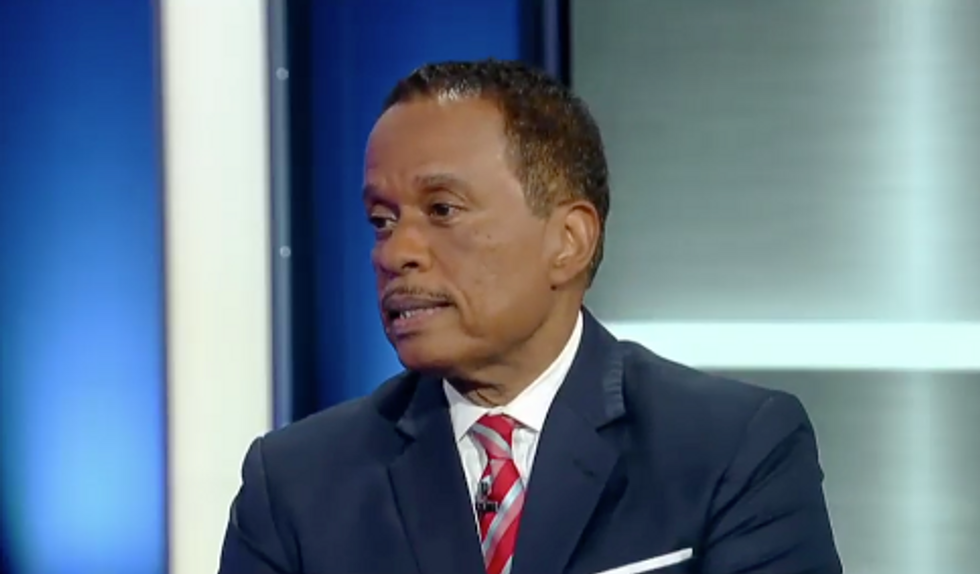 Fox News' Juan Williams, a co-host of "The Five," lambasted the Republican Party's hypocritical performance Tuesday during the hearings of Brett Kavanaugh, President Donald Trump's nominee to be the next Supreme Court justice.

While Democrats have raised a series of objections to the process and substance of the nomination, Republicans have denounced the opposition to Kavanaugh as grandstanding. In debunking this idea, Williams alluded to the fact that the GOP unilaterally blocked any consideration of Merrick Garland, President Barack Obama's final nominee tot he Supreme Court.

"These Republican senators pretend like, 'Oh gee, you know, it's all grandstanding on the Democratic side. There's no issue with Merrick Garland being blocked for an entire year from legitimately allowing him to have a hearing!'" Williams said.

His point, in other words, was that Republicans are acting as if the nomination were merely a procedural matter, rather than an explicitly partisan process, designed to achieve partisan ends, and tainted by a historical snub to a rightfully nominated and highly qualified judge.

Williams continued: "So they want to pretend somehow — this is the real acting class: 'Oh, this judge is just an umpire, he's not going to — he's just a normal guy, he loves his family, he's a good Catholic. Oh! Abortion rights, gay rights? Oh, he never said a word! So what?' Pretend like nothing's going on. Republicans are involved in an act of fraud when it comes to this guy."

The truth about the 8 glasses of water a day myth