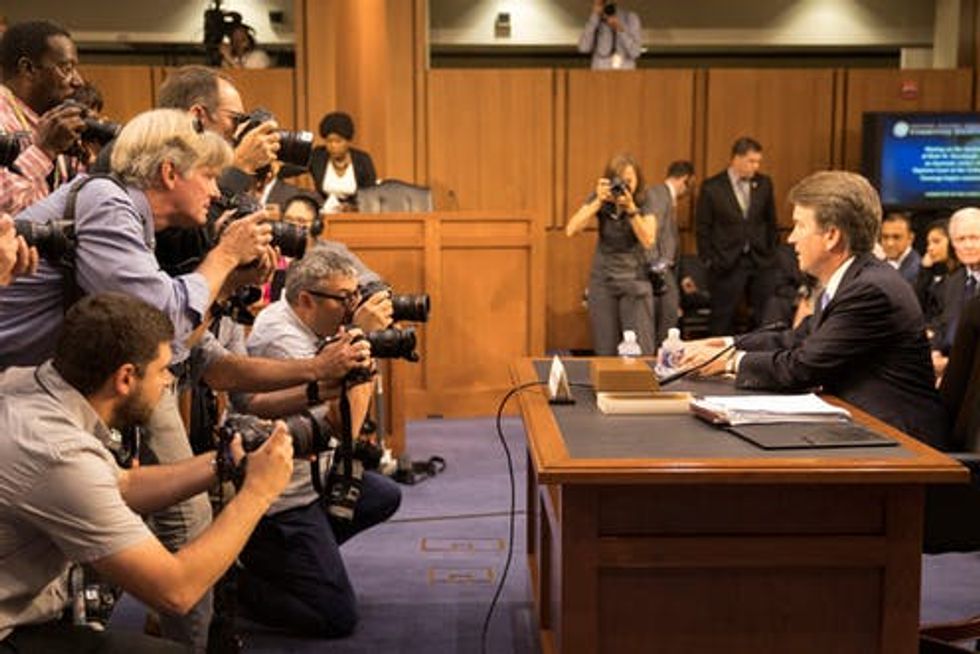 Appearing on CNN's New Day, a former U.S. Attorney said that embattled Supreme Court nominee Brett Kavanaugh's chances of actually being seated is in danger if a collection of "little lies" he made during his Senate testimony show a pattern of major deceit.

Speaking with CNN host Christi Paul, Michael Moore -- who served as a U.S. Attorney in Georgia -- said the FBO investigation into Kavanaugh accuser Christine Ford's claims could open up a Pandora's box from the judge.

"I want to ask you," Paul asked. "How might it affect him, affect the vote if they can't corroborate what Dr. Ford says but can find that there was really serious alcohol use here that did impair his decisions?"

"We've heard about this being a trial and what the burden of proof is," Moore began. "When you have an investigation, they will look at his credibility. If a witness says he was impaired, passed out, these are small things that we can see that he's maybe not telling the truth about. When you don't tell the truth on the little things, it casts doubt on your version of the big things."

"If they develop evidence where he's been drinking and passed out, that's a problem," he continued. "They'll be interested, and frankly, I've been through the background checks, they want to know whether or not you've got an alcohol problem, whether or not you've got a substance abuse problem, has that been going on through his life. he was clear probably a dozen times when he talked about his affinity for drinking beer now. Nothing wrong with somebody having a beer. if this is a pattern through his life, that will end up in a report during his background check."

"He said this is not going to make voting for him any easier. He warned that the longer -- while they do this investigation it could become tougher," she continued. " The reason is that the investigation so far into the allegations has been contained in the Senate Judiciary Committee. There were a few staffers working on it. The FBI does this for a living, they have resources. They can look at whether he lied to Congress, they can look at his drinking. And across the nation now, people might call the FBI and bring up new allegations. This is tough for him going forward."

Watch the video below via CNN: