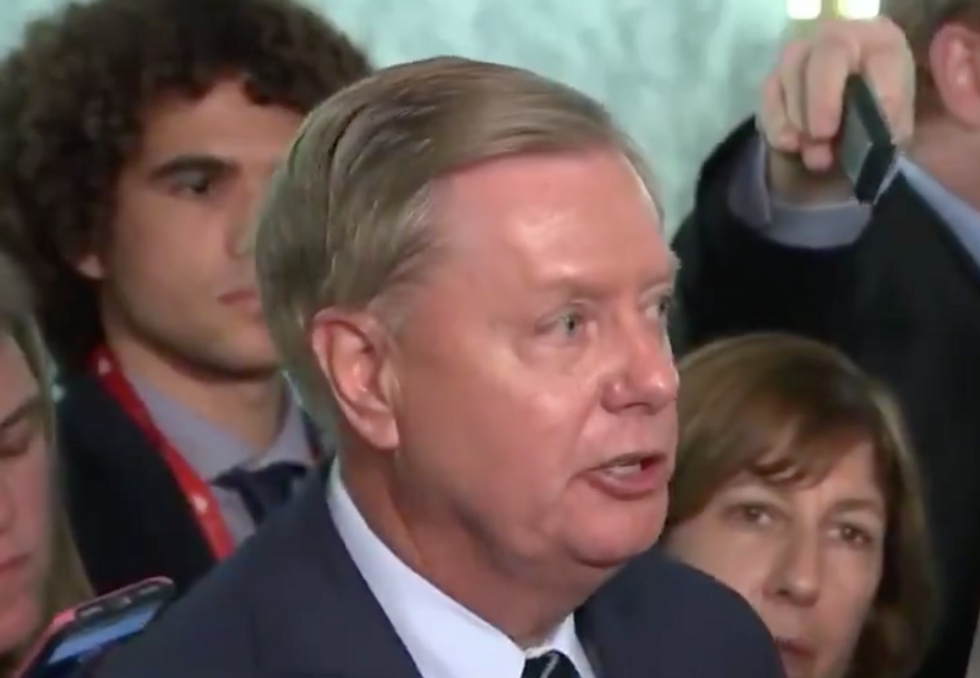 Sen. Lindsey Graham (R-SC) is fuming about the Supreme Court nomination process for Judge Brett Kavanaugh, and after Christine Blasey Ford testified Thursday and detailed her allegations of sexual assault against the nominee, he dove into a furious tirade to a gaggle of reporters.

He complained about the fact that Democratic lawmakers had access to Ford's letter alleging her sexual assault months before the allegations became public and declared that they have victimized Ford.

"I think with her life, she is just as much a victim of this as I think Brett Kavanaugh," Graham ranted, grotesquely equating Ford with the man she accuses of attempted rape.

While he said that he thinks Ford is a "nice lady," and that he thinks something"\ happened to her, he said that there was no evidence presented to further corroborate her claims during the testimony. But when he was asked why the committee wouldn't call for more witnesses to probe or for the FBI to launch an investigation, he said that would amount to rewarding Democrats for bad behavior.

In sum, he made it clear that he cares much more about the fact that GOP efforts to confirm a Supreme Court nominee may be impeded than that the judge has been credibly accused of sexual assault.

"I feel like I need to apologize on behalf of all men," said former federal prosecutor Daniel Goldman after Graham's remarks.