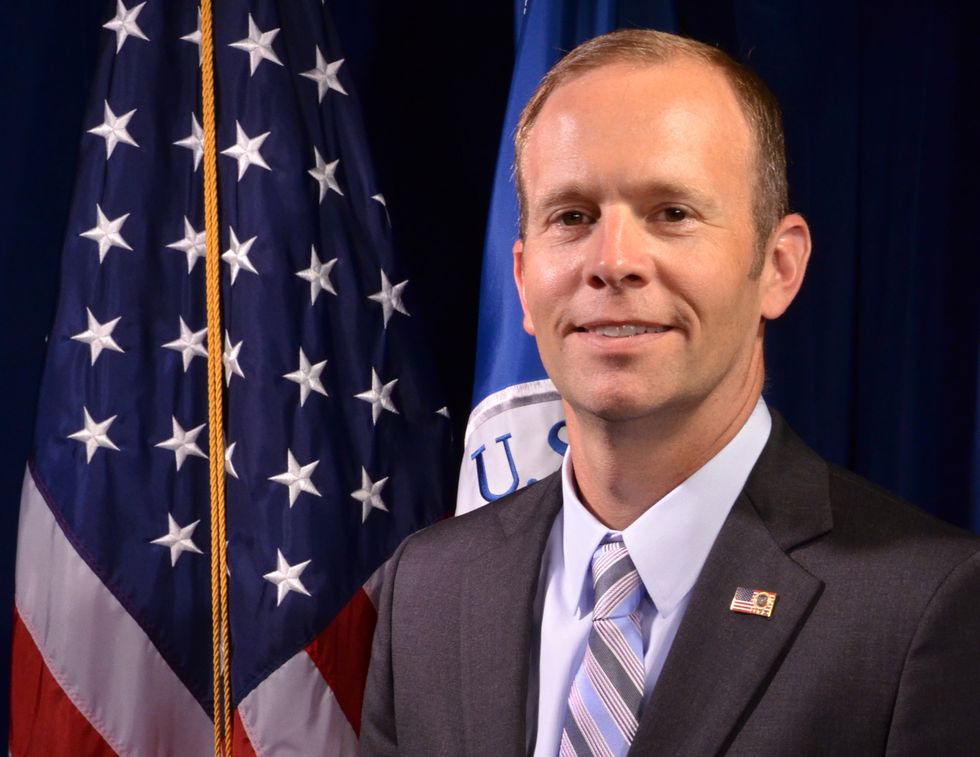 Brock Long, the administrator of FEMA, echoed Trump's statements disputing the death toll in Puerto Rico last year on Meet The Press today, going so far as to claim some of the hurricane-related deaths may be incidents of "spousal abuse."

Long was being interviewed in large part over FEMA efforts with Hurricane Florence, but the topic shifted to Hurricane Maria and President Trump's accusations that the 2,975 deaths reported by the Puerto Rico government were inflated by Democrats to make the president look bad.

Initially, Long attempted to deflect, claiming the president was "taken out of context" when he said there were no lessons to learn from the response in Puerto Rico and blamed the local government and the private sector for the botched response.

When pressed on the disparity of death counts, Long claimed that FEMA only takes counts from local coroners, noting that the number of deaths were "all over the place."

Long then attempted to break down these cases into "direct deaths" and "indirect deaths."

"IN MY OPINION, WHAT WE'VE GOT TO DO IS FIGURE OUT WHY PEOPLE DIE FROM DIRECT DEATHS, WHICH IS THE WIND, THE WATER, AND THE WAVES -- YOU KNOW, BUILDINGS COLLAPSING WHICH IS PROBABLY WHERE THE 65 NUMBER CAME FROM, AND THEN THERE'S INDIRECT DEATHS."

"SO THE GEORGE WASHINGTON STUDY LOOKED AT WHAT HAPPENED SIX MONTHS AFTER THE FACT -- AND WHAT HAPPENS IS... YOU MIGHT SEE MORE DEATHS INDIRECTLY OCCUR AS TIME GOES ON BECAUSE PEOPLE HAVE HEART ATTACKS DUE TO STRESS, THEY FALL OFF THEIR HOUSE TRYING TO FIX THE ROOF, THEY DIE IN CAR CRASHES BECAUSE THEY WENT THROUGH AN INTERSECTION WHERE THE STOP LIGHTS WEREN'T WORKING."

"YOU KNOW THE OTHER THING, THERE'S ALL KINDS OF STUDIES ON THIS THAT WE TAKE A LOOK AT. SPOUSAL ABUSE GOES THROUGH THE ROOF. YOU CAN'T BLAME SPOUSAL ABUSE AFTER A DISASTER ON ANYBODY."

Long has been under fire for his misuse of FEMA vehicles.