'Fascists Do That': Whoopi Goldberg Demolishes Abby Huntsman's Criticism of NFL Players Protesting During Anthem on The View 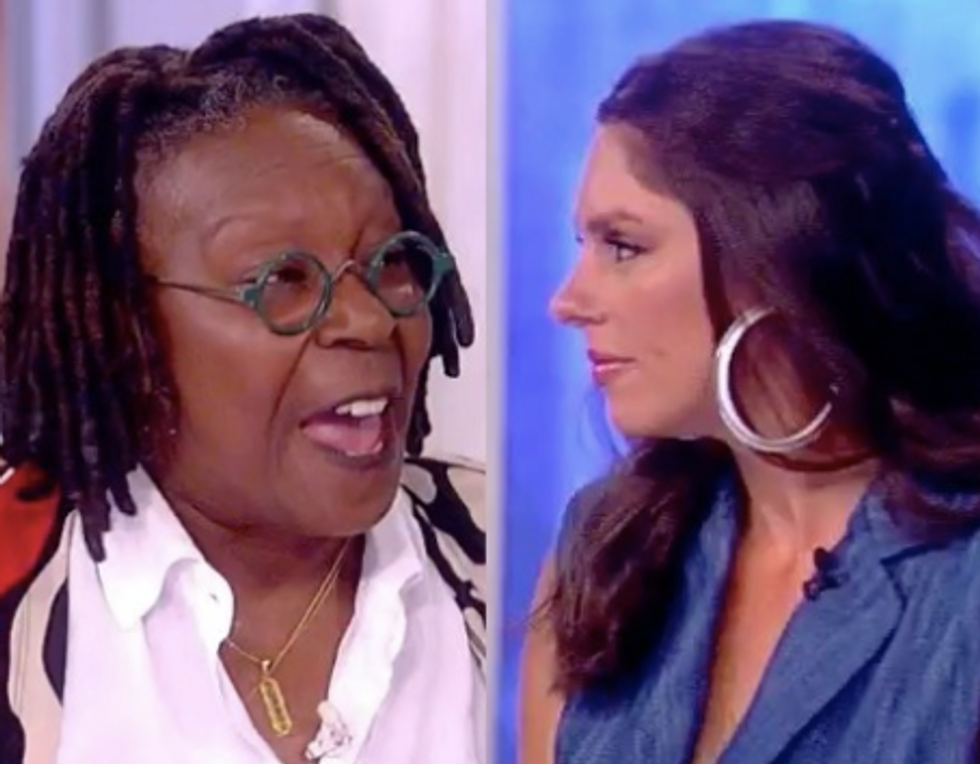 "Where I stand on this, I do think kneeling for the national anthem is disrespectful," Huntsman said.

"I want to point out that a lot of the folks in the NFL, their fathers and grandfathers went to war because they were the first ones called in Vietnam and in all other places," Goldberg said.

Goldberg explained that "fascists" try to stifle dissent and it's important to note that the American flag "doesn't cover everybody."

"We can be patriotic. We can be heroes. We can also be angry," she said.

"[T]hank god, thank god the founding fathers said, listen. you have the right to protest — you can protest," Goldberg concluded. "And as long as you're protesting and not hitting anybody, hurting anybody, we're not mad at you."

Watch the full clip below: