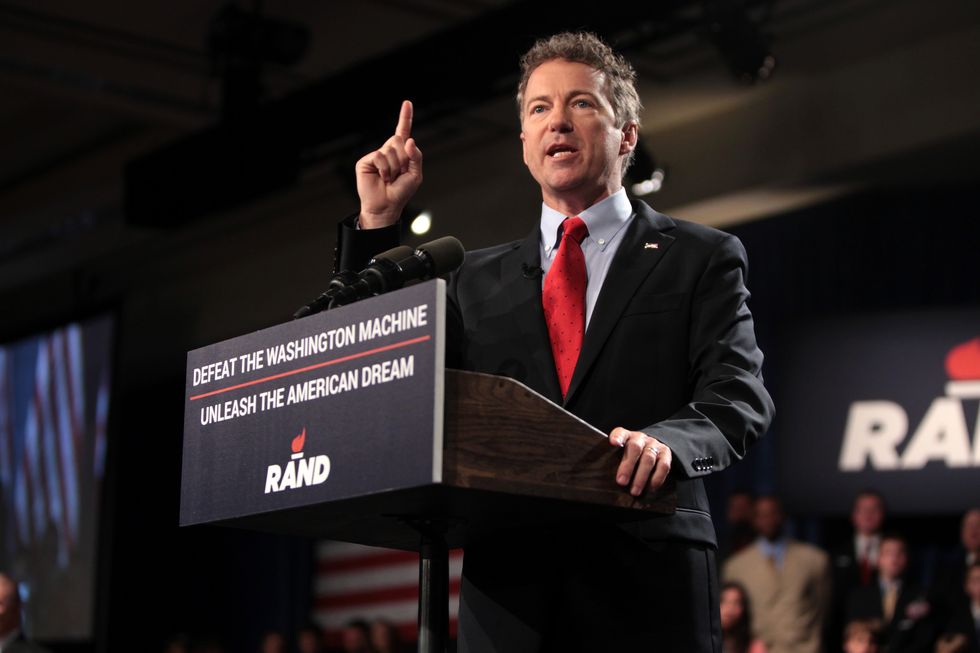 Sen. Rand Paul (R-KY) has often billed himself as independent from the rest of the Republican Party, portraying himself as adhering to libertarian values that oppose excessive state power and overreach into the lives of the American people. Over the course of the President Donald Trump's, that self-image has been revealed as a mirage.

And on Thursday, Paul made it even more clear that he lacks any kind of adherence to libertarian principles by declaring that Trump, in response to an anonymous New York Times op-ed by a senior official who says he or she works from the inside to oppose the president's worst impulses, should use "lie detector tests" to root out the dissenters within the administration, as journalists Kaitlan Collins and Alex Bolton reported.

Collins says that Paul wants to subject anyone with a security clearance to this ordeal.

And even if they were accurate and reliable, anyone who cares about civil liberties should be deeply disturbed by the suggestion that a president should be able to subject federal employees to such a test on a whim whenever he or she feels remotely threatened. The potential for abuse of such practice is exactly what libertarians are supposed to oppose.

But this is far from the first time Paul has abandoned libertarian principles in order to show his support for Trump. After initially expressing skepticism about the nomination of Mike Pompeo, the former CIA director, to become Secretary of State, he backed down and supported the nominee. He also encouraged Trump to revoke the security clearance of former CIA Director John Brennan merely for being an outspoken critic of the administration.