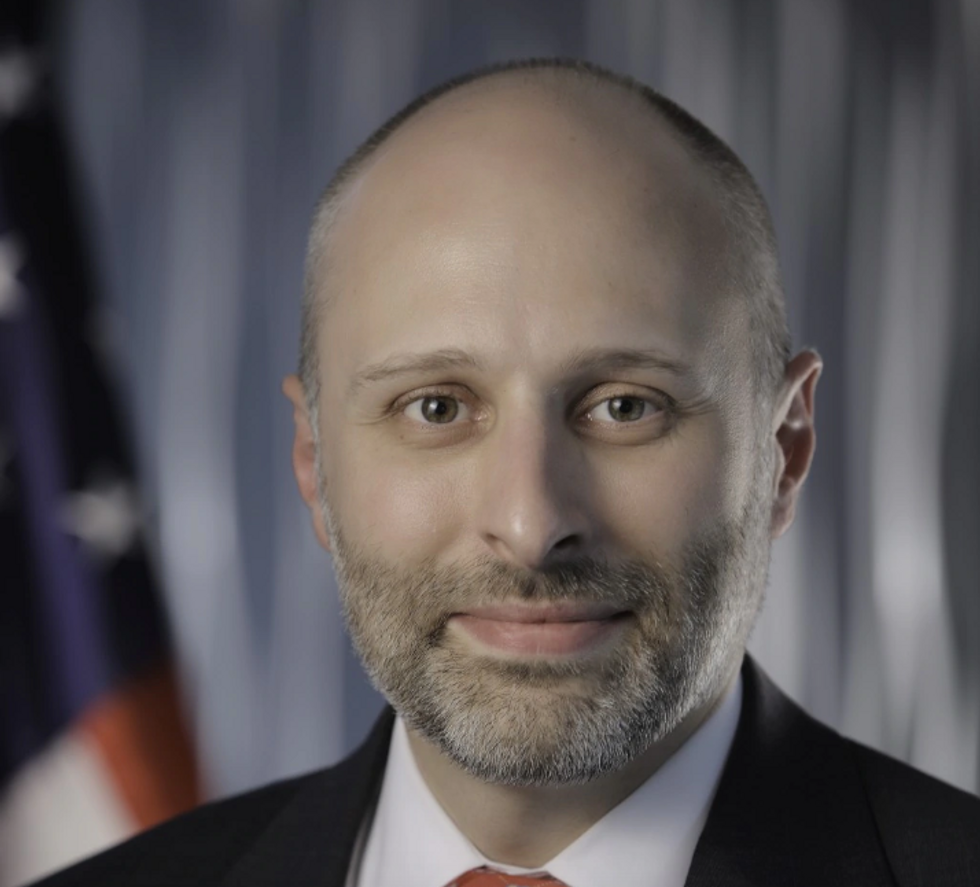 According to a new report in the Washington Post, a Trump administration official working in an anti-discrimination position anonymously wrote racist blog posts in the 2000s.

Specifically, Eric Blankenstein, a Consumer Financial Protection Bureau employee who is tasked with enforcing the Equal Credit Opportunity Act, expressed several incendiary opinions on, the blog, Two Guys Chatting. In one post, operating under the name "egb3r," he wrote that "hate-crime hoaxes are about three times as prevalent as actual hate crimes," that the University of Virginia was practicing "racial idiocy" for proposing new academic penalties for bigoted speech, and that the N-word might not necessarily be racist, because "let’s say they called him n*gger ... Would that make them racists, or just assholes looking for the most convenient way to get under his skin?"

In a statement following the publication of the Post article, Blankenstein refused to take responsibility.

"The insight to be gained about how I perform my job today — by reading snippets of 14-year-old blog posts that have nothing to do with consumer protection law — is exactly zero," he said. "Any attempt to do so is a naked exercise in bad faith, and represents another nail in the coffin of civil discourse and the ability to reasonably disagree over questions of law and policy. The need to dig up statements I wrote as a 25-year-old shows that in the eyes of my critics I am not guilty of a legal infraction or neglect of my duties, but rather just governing while conservative."

Contrary to Blankenstein's dismissive attitude, however, there is certainly cause to be concerned about potential racial animus in someone who is enforcing laws that protect African-Americans from credit discrimination. At least one consumer group agrees, calling on Blankenstein to step down.

But the fact that the CFPB would be staffed with such questionable personalities is not a surprise, given that Trump has long wanted to dismantle the agency. Ever since it was created in the wake of the housing crisis, the CFPB has been the bane of Republicans' existence, even as it has returned over $11.8 million from predatory banks and financial institutions to cheated consumers.

Several employees in the Trump administration have come under scrutiny for their past statements. In July, Health and Human Services communications official Ximena Barreto, a former far-right political pundit, resigned amid scrutiny of her anti-Muslim comments and conspiracy theories about the death of former Democratic National Commitee staffer Seth Rich. And in January, Carl Higbie, a former Navy SEAL appointed by Trump to a position in the Corporation for National Community Service, left office following reports that while hosting a right-wing talk radio program, he said that black women think "breeding is a form of government employment," that Muslims "bang little boys on Thursday night," that it should be legal to shoot undocumented immigrants, and that most veterans with PTSD are "milking something for a little extra money in disability."