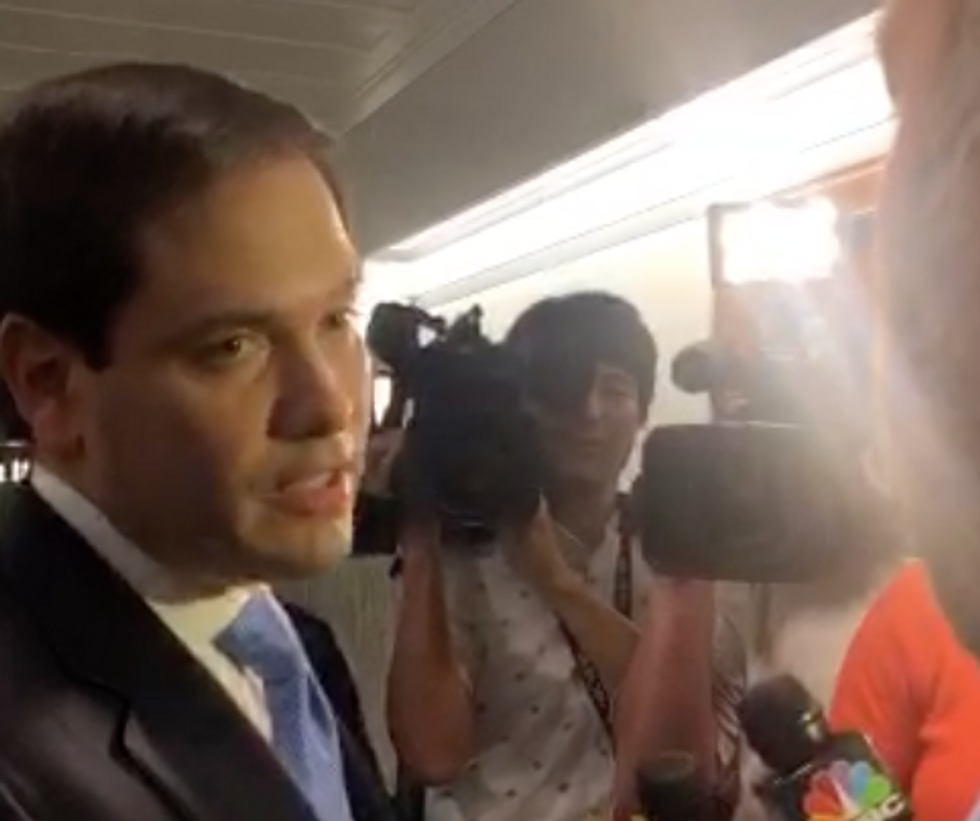 Sen. Marco Rubio (R-FL) was giving an interview with reporters on Capitol Hill on Wednesday when he found himself suddenly accosted by InfoWars founder Alex Jones, who was in the building to attend a hearing on supposed Silicon Valley “censorship” of conservatives.

While Rubio was talking, Jones approached him and accused him of ignoring the plight of his website after its page got deleted from several major social media platforms because it alleged, among other things, that the 2012 Sandy Hook school shooting was a “hoax.”

Rubio tried to ignore Jones’ rants, but Jones called Rubio a “frat boy” and touched him on the shoulder.

Rubio turned to him and said, “Hey, don’t touch me again — I’m asking you not to touch me.”

Jones then asked Rubio if he planned on having him arrested if he dared to touch him again.

“You’re not going to get arrested,” Rubio shot back. “I’ll take care of you myself.”

“I didn’t say that,” replied Rubio, who tried to turn back toward reporters.

Watch the whole video below.