Don't Buy the Hype - George W. Bush Is Not a Part of the 'Resistance' to Trump 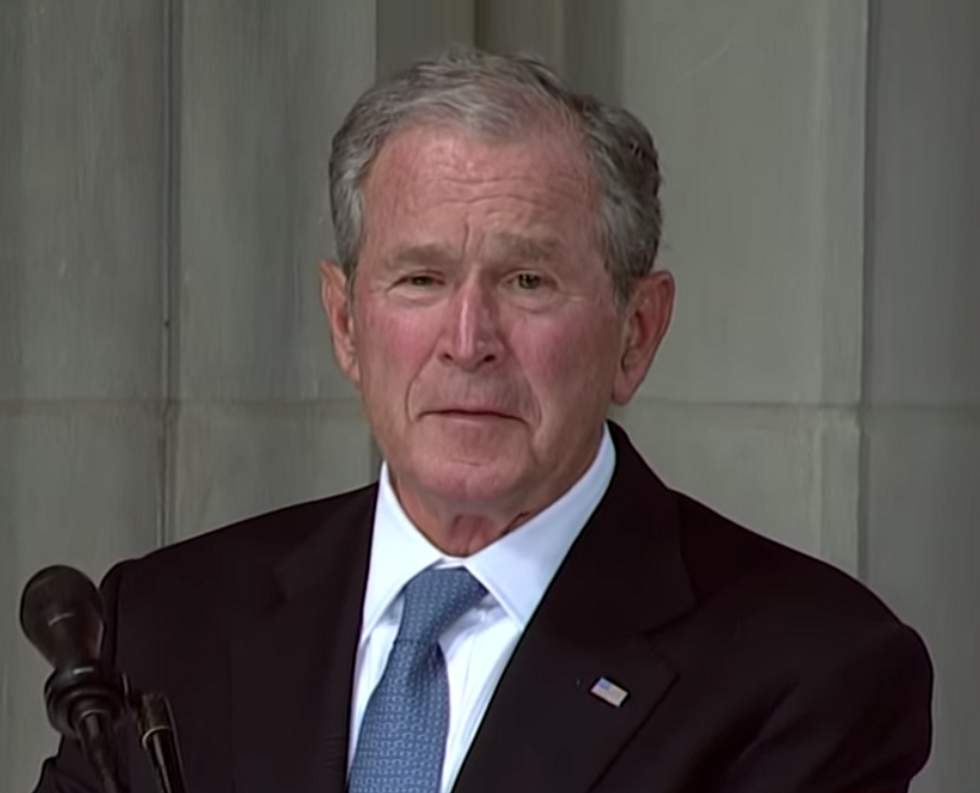 President George W. Bush's time in office was plagued with scandal, unjust wars, and catastrophic mismanagement of federal agencies — but in light of President Donald Trump's propensity to stoke a new controversy on a near daily basis, some look back fondly on Bush's reign as a flawed, but more acceptable, instantiation of the Republican establishment.

This is a huge mistake. As Bush's recently announced decision to enter the midterm election fray on behalf of congressional Republicans makes clear, the former president is the furthest thing from a hero of the "resistance."

Bush's goal, as it stands, is the same as Trump's — preserve Republican control of Congress, which essentially serves to protect Trump from any check on his power.

As Vox writer Matt Yglesias noted Wednesday, there are real differences between Trump and Bush. Bush never embraced Trump's hardline views on immigration, and the former president's style was much more polite and less confrontational the current president's.

But fundamentally, they want conservatives in power. Any other disagreements are essentially quibbles.

"The disagreement over whether Trump is a jerk and the more nice-guy approach of Bush is better is a genuine disagreement, but it’s fundamentally a tactical one. When the chips are on the table, Bush wants Trump to succeed," Yglesias wrote. "He just wants the world to know that if Trump does fail, there’s another path forward for Republicans that doesn’t involve rethinking any of their main ideas."

There are actual conservatives and people who have called themselves Republicans who do genuinely buy into the resistance. Writers Jennifer Rubin and Max Boot, for instance, have both long held conservative views on a range of political issues. But from their perspectives, Trump's presence supersedes all that. They both now are actively calling for a Democratic takeover in Congress as the only means to actually hold Trump accountable.

It's also worth remembering that, so far, Bush's presidency was in many ways more disastrous than Trump's. While the Trump administration has overseen the negligent response hurricane in Puerto Rico and launched the family separation policy at the U.S.-Mexico that amounts to a massive human rights violation, it was Bush who bungled his way into two wars, one of which was based on fraudulent premises. Those wars killed more than 100,000 people, irrevocably damaged the United States' credibility on the world stage, and continue to haunt the country to this day.

So while some suggest that the conservative establishment represents some kind of challenge to the president's power, remember: As long as they're supporting the Republican Party, they are all in for Trump.