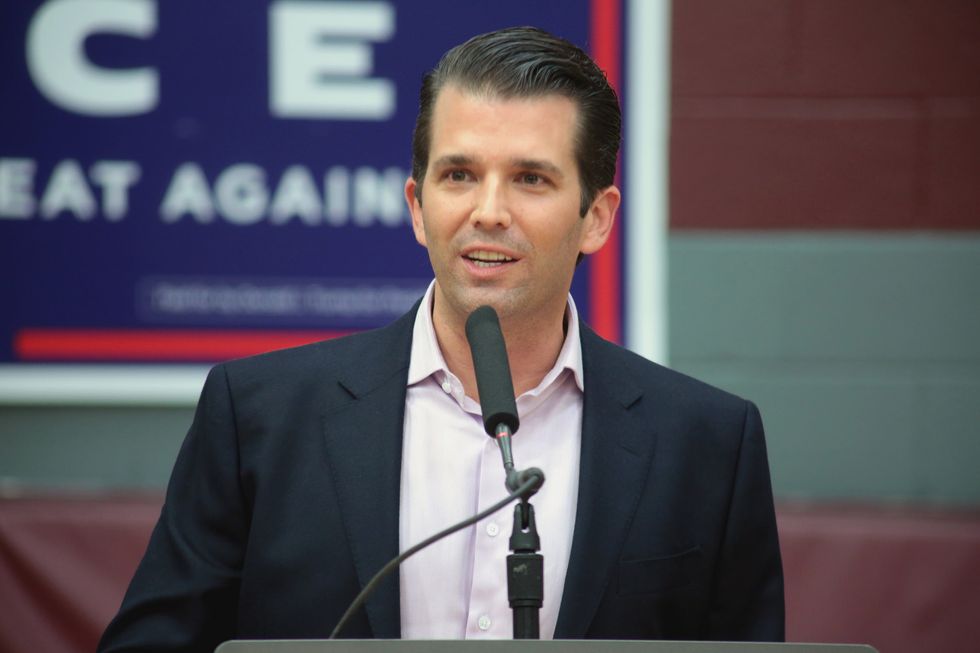 Donald Trump, Jr., vice president of the Trump Organization and the president’s 40-year-son, is drawing sharp criticism for a recent Instagram post mocking psychology professor Christine Blasey Ford, who is alleging that Judge Brett Kavanaugh—the president’s second nominee for the U.S. Supreme Court—tried to sexually assault her when they were in high school.

On Instagram, Trump, Jr. posted a mock “letter” written in crayon and labeled “Judge Kavanaugh’s sexual assault letter found by Dems.” And the “letter” read, “Hi, Cindy, will you be my girlfriend? Love, Brett,” with options to check “yes” or “no.”

Trump, Jr., in the Instagram post, mockingly wrote, “Oh, boy, the Dems and their usual nonsense games really have him on the ropes now.”

Oh boy... the Dems and their usual nonsense games really have him on the ropes now. Finestein had the letter in July and saved it for the eve of his vote... honorable as always. I believe this is a copy for full transparency. #politics #maga

A post shared by Donald Trump Jr. (@donaldjtrumpjr) on

To Ford, however, it is no joke—and she has said that is willing to testify before Congress about the alleged incident. More than 200 people who graduated from the same high school that Ford attended (Holton-Arms High School in Bethesda, Maryland) have signed an open letter supporting her.

Trump, Jr.’s Instagram post was met with an angry response from Mashable.com’s Chloe Bryan, who wrote, “In short, it compares Ford’s disturbing account of Kavanaugh's behavior — which allegedly, occurred when the nominee was 17 years old — to an elementary school crush. Trump, Jr. does not have a particular reputation for treading lightly around sensitive subjects, nor for being on the right side of history even a single time. But this is a new low, even for him.”

Instagram commenters were equally indignant. One posted, “How can you be so HEARTLESS? Just when I feel like we’ve hit the bottom, we go even lower.”

In a September 16 interview with the Washington Post, Ford (who is now 51 and is a professor at Palo Alto University In Northern California) alleged that when she attended a party as a teenager back in the early 1980s, Kavanaugh “was trying to attack me and remove my clothing.”

Kavanaugh has denied the allegation, stating, “I categorically and unequivocally deny this allegation. I did not do this back in high school or at any time.”