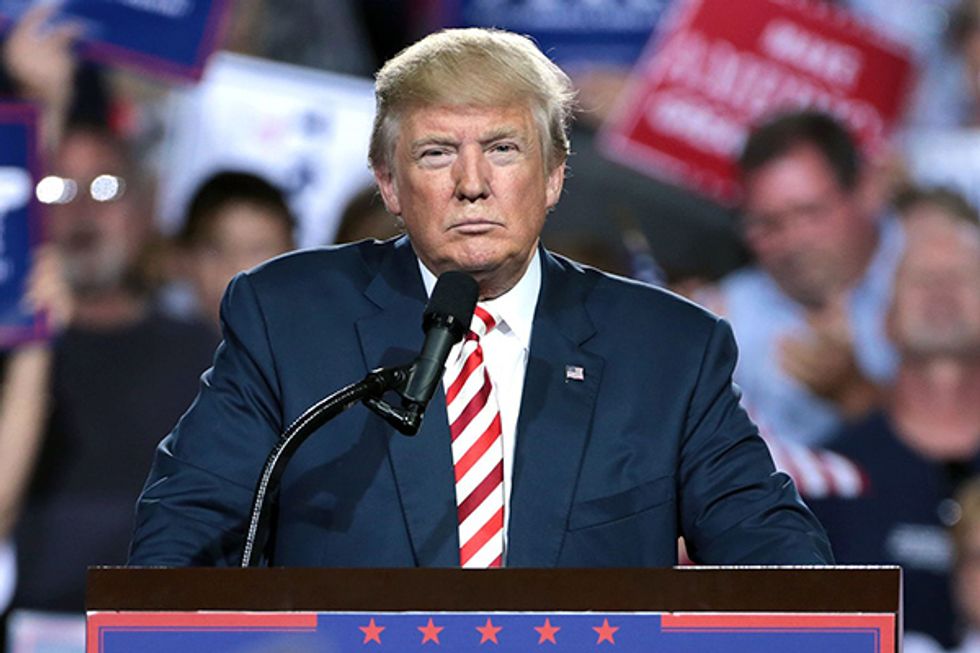 When President Donald Trump was asked by reporters on Monday whether he would withdraw Supreme Court nominee Brett Kavanaugh following the allegation of sexual assault by California professor Christine Blasey Ford, Trump replied, "What a ridiculous question."

But privately, Trump and his inner circle do not seem to find that question ridiculous. They seem to find it terrifying.

According to The Daily Beast, Trump and White House officials believe that the Kavanaugh nomination ending in failure would be a disaster. Reportedly, officials close to Trump the fight as a "virtual X-ray on the backbone of their party and a litmus test for the future of Trump’s presidency."

Trump allies say they were taken aback by the president’s muted tone. "I don't think the president ever gets scared, but it shows us the seriousness of what we’re heading into this week," the 2016 Trump campaign veteran said. "I thought for sure he’d come out swinging. The fact that he didn't means he knows how serious this is. We very rarely hear that tone from him."

And within Trump's West Wing, there was a strong sense that backing down would be a major humiliation for Trump, who has made two distinct promises to conservative voters: that he revels engaging in political fights and that he will stack the judiciary with nominees they love. One senior administration official said that pulling Kavanaugh at this moment would be akin to Team Trump signing its own political "death warrant."

The idea that failing to confirm Kavanaugh would destroy the Trump presidency is not self-evident. After all, if his nomination sinks, Trump could simply turn around and nominate one of the other 24 finalists on the Federalist Society's approved judge list, any number of whom likely share Kavanaugh's antipathy to women's rights and the modern regulatory state, love of guns, and belief in the president's total immunity from criminal investigations.

But Trump and his allies apparently fear that such a failure would prove they can no longer effortlessly unite the party behind the president's will, and sap the political enthusiasm from the GOP base — possibly even to the point where the GOP will lose the Senate in November and Trump will not be able to confirm any judges at all.

Indeed, it is significant that, while sources report Trump is preparing to attack Ford's integrity, he has so far not gone after her on Twitter, his signature move when something is bothering him.

There are numerous reasons for progressive activists to oppose Kavanaugh in his own right. But if Trump believes it would be a blow to his entire presidency, that only serves to bolster their motivations.