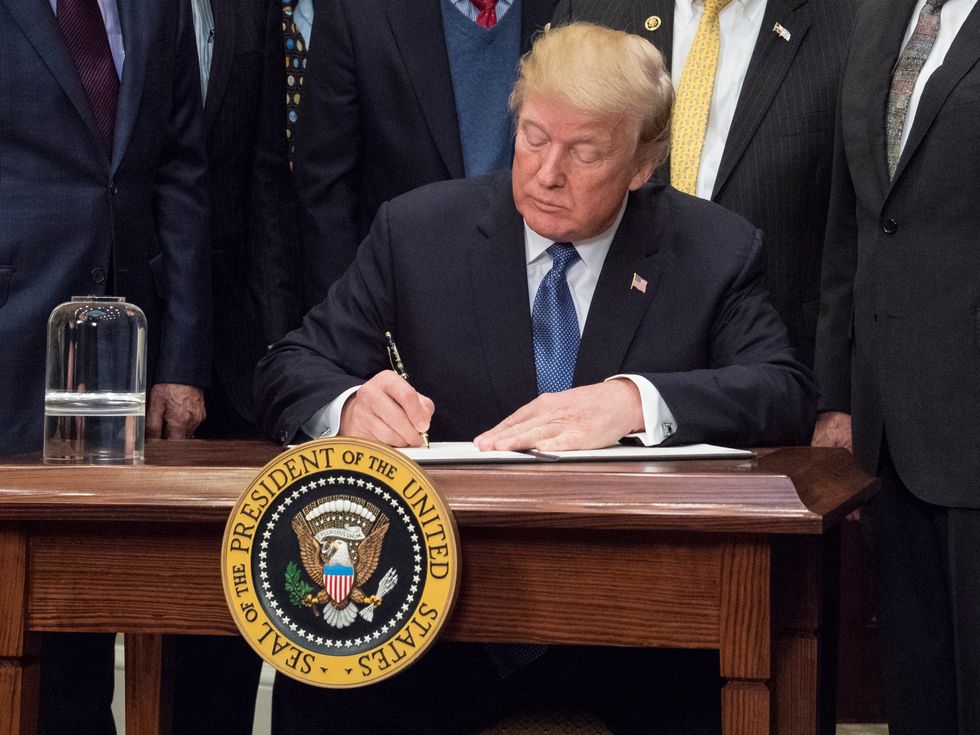 During Donald Trump’s campaign for president, he promised over and over again to protect Social Security, Medicare and Medicaid. Now, in the lead-up to the midterm elections, Trump is claiming to have kept that promise. Completely in character for a president who doesn’t let a day go by without lying, he recently falsely claimed, “We’re saving Social Security, the Democrats will destroy Social Security. We’re saving Medicare. The Dems, you look at what they’re doing. They want to destroy Medicare.”

It’s time to set the record straight. Far from keeping his word, Trump and his administration have spent every day since taking power working to destroy Social Security, Medicare and Medicaid.

Here are 10 of the Trump administration’s worst attacks on the American people’s Social Security, Medicare and Medicaid:

1. Trump nominated Congressman Mick Mulvaney to be the Office of Management and Budget (OMB) director. Mulvaney has a long history of working to destroy Social Security and Medicare. In 2011, he said, “We have to end Medicare as we know it.”

Every single Republican senator voted to confirm Mulvaney, while every Democrat voted against.

2. Trump nominated Tom Price to lead the Department of Health and Human Services, which oversees Medicare. Price has stated that “We will not rest until we make certain that government-run health care [e.g., Medicare] is ended” and decried “the federal government’s intrusion into medicine through Medicare.”

Every single Republican senator voted to confirm Price, while every Democrat present voted against. After less than a year on the job, Price was forced to resign in disgrace, and Trump replaced him with Alex Azar, a former pharmaceutical executive who tripled the price of insulin.

3. As soon as Trump took office, the Republican Party’s top priority was to take health care away from tens of millions of Americans. If “Trumpcare” had become law, it would have cut $880 billion from Medicaid, creating a disaster for seniors who rely on Medicaid for long-term care. It would also have created a Medicare time bomb by starving the program of essential funding.

4. Trump’s 2018 budget proposal sought cuts of $800 billion to Medicaid and Social Security Disability Insurance over 10 years. When OMB Director Mulvaney was asked if these cuts would lead to fewer people receiving their earned Social Security disability benefits, he replied, “I hope so.”

5. Republicans passed a massive tax giveaway to billionaires and corporations, which they are now using as an excuse to demand cuts to Social Security, Medicare and Medicaid.

6. Nearly every House Republican voted for a so-called “Balanced Budget Amendment,” which would make it unconstitutional for Social Security to use its own $2.9 trillion trust fund to pay promised benefits. (Fortunately, the Amendment did not attain the two-thirds majority required for passage.)

7. The Trump administration floated a proposal to eliminate the payroll tax, which would have served as a Trojan horse to undermine Social Security.

8. Trump issued an executive order opening the door to the politicization of Administrative Law Judges, who are supposed to impartially resolve disputes between Social Security and Medicare beneficiaries and the people in government who run those programs.

9. The Trump administration announced plans to get rid of a rule that allowed nursing home residents and their families, in facilities that accept Medicare or Medicaid funding, the right to take those facilities to court for alleged neglect, abuse or sexual assault.