Do Some Americans Actually Prefer Gridlock When It Comes to Federal Governance? 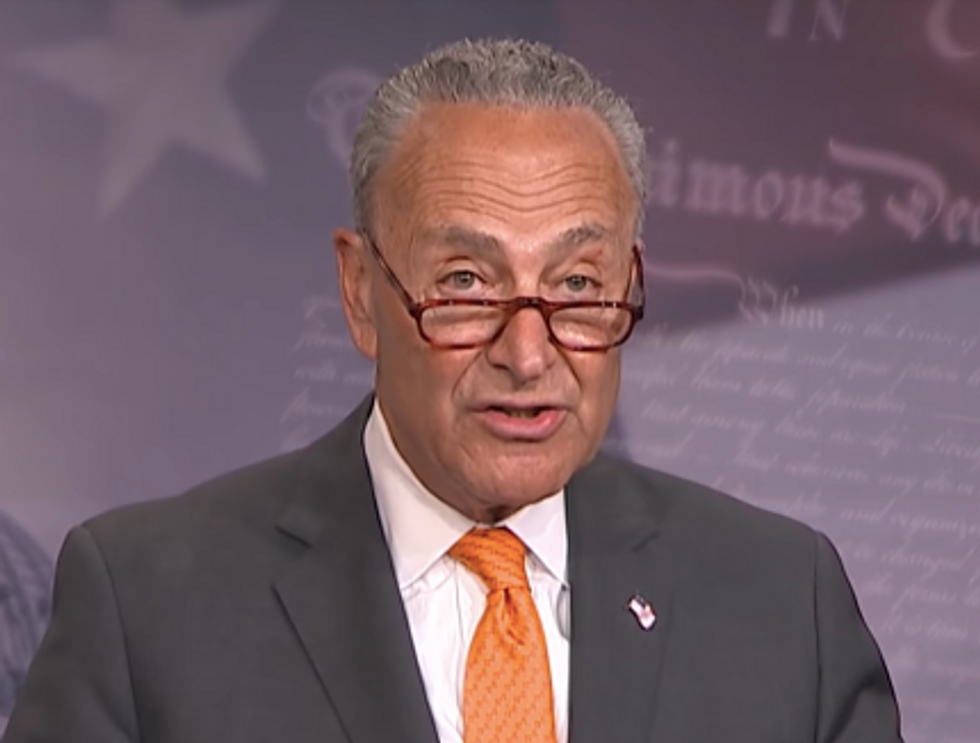 There was a time in U.S. history when Democrats and Republicans were capable of accomplishing things among bipartisan lines. President Richard Nixon and Democratic Sen. Ted Kennedy both favored universal health care in the 1970s, but they had different ideas on ways to achieve it—and the Nixon/Kennedy health plan, had it not been derailed by Watergate, would have been more comprehensive than the Affordable Care Act of 2010, a.k.a. Obamacare. But the type of bipartisan cooperation that Nixon and Kennedy showed in the 1970s is a rarity in 2018, when the U.S.’ partisan divide is angrier, nastier and more bitter than ever. If Democrats retake the House of Representatives and/or Senate in the 2018 midterms, President Donald Trump will be facing what Barack Obama faced during most of his presidency: gridlock. And even though many pundits lament gridlock in Washington, DC, some voters might actually prefer it.

The pro-gridlock theory is as follows: big chunks of the U.S. population are not overly liberal or overly conservative, but are diehard middle-of-the-road centrists—and they like gridlock because it prevents the U.S. from moving too much in one direction. That would explain why even presidents who left office with high approval ratings (including Ronald Reagan, Bill Clinton and Barack Obama) had watched their parties perform badly during midterm elections.

1982 was not a good year for President Reagan or the Republican Party. The U.S. was facing a tough recession, and unemployment reached 9.7%. The mood of dark pessimism was reflected in Grandmaster Flash & the Furious Five’s hip-hop classic, “The Message,” which ushered in the era of political rap and addressed one social problem after another (from unemployment to poverty to urban crime and violence). When Democrats won 26 seats in the House of Representatives on November 2, 1982, it was viewed as a referendum on Reagan’s presidency and the economy—and pundits saw that blue wave as evidence that Reagan would be a one-term president.

In 1984, however, Reagan was reelected by a landslide. The 1980s went down in history as a time when Republicans (apart from President Jimmy Carter’s final months in office in 1980) controlled the presidency—first under Reagan, then under George H.W. Bush—while Democrats controlled Congress. In the second half of the 1990s, the opposite occurred, with a Democratic presidency under Bill Clinton and a Republican majority in Congress.

President Bill Clinton, like Reagan, faced a tough recession during his first term—and Democrats performed badly in the 1994 midterms. Republicans picked up 54 seats in the House that year (giving them their first House majority since 1954) and eights seats in the Senate. With the bitterly partisan Newt Gingrich serving as House speaker, the second half of the 1990s was characterized by extreme gridlock in Washington, DC. And yet, Clinton defeated Republican presidential nominee Bob Dole 49-40% in 1996.

Democrats briefly dominated the federal government in the late 2000s, but President Obama faced severe gridlock after Republicans won more than 50 seats in the House of Representatives in the 2010 midterms. And although Obama was reelected in 2012, the obstruction he faced in Congress became even worse when Republicans gained a Senate majority in 2014 and picked up nine seats.

There are registered Democrats who, without fail, vote straight Democrat in every election and registered Republicans who vote a straight Republican ticket year after year. Yet independents can swing an election to either the left or the right, and the pro-gridlock theory suggests that when independents voted for a lot of Republicans in 2010 only to vote to reelect Obama in 2012, they were methodical in doing so—and the goal was to keep either political party from having too much power.

Russell E. Saltzman is among the political commentators who has asserted that not only is gridlock in Washington, DC not a bad thing—it demonstrates that the U.S.’ system of checks and balances is working.

In a December 2012 commentary, Saltzman asserted that there are “major benefits to gridlock,” noting that there had been “only 15 presidents” who “enjoyed all their presidential years with their party in control of both houses.”

Saltzman also pointed out that “George Washington, John Quincy Adams, Andrew Jackson, Grover Cleveland (both times), and Woodrow Wilson, among others, all faced a divided Congress.”

Bill Kort, a financial analyst, praised gridlock in a 2017 commentary, asserting, “Gridlock is good because when Congress is tied up in knots, they can’t do anything to hurt us. This idea has been verified by the market many times over the past 25 years.”

Kort even credited gridlock with the economic boom of the Clinton years, theorizing that the economy performed well when Clinton vetoed one Republican-sponsored bill after another.

“Essentially, Clinton out-Republicaned the Republicans as a fiscal conservative,” Kort stressed. “The economy roared. Interest rates fell. We ran a surplus, and the S&P 500 ended the decade with an 18% compounded rate of return.”

In the Trump era, the U.S. definitely has not had political gridlock. Republicans control both houses of Congress, and there has been a truce between Trump and establishment Republicans—including House Speaker Paul Ryan and Senate Majority Leader Mitch McConnell. But if history repeats itself, Democrats could perform well in the November midterms. And Ken Tucker, writing in Financial Times on March 27, theorized that a gridlocked Trump in 2019 and 2020 could be beneficial for the U.S. economy.

Tucker wrote, “If the Democrats retake Congress, old-fashioned gridlock returns—the kind we had from 2010 to 2016, just with the parties reversed. This is a great time for markets, as no radical legislation passes. A gridlocked U.S. president can’t do much to impair bull markets.

Even if Republicans keep the Senate but lose the House on November 6, Trump could be facing gridlock in 2019 and 2020—not unlike Clinton from January 1995 on or Obama from January 2011 on. And to proponents of the pro-gridlock philosophy of federal governance, that could be a good thing.