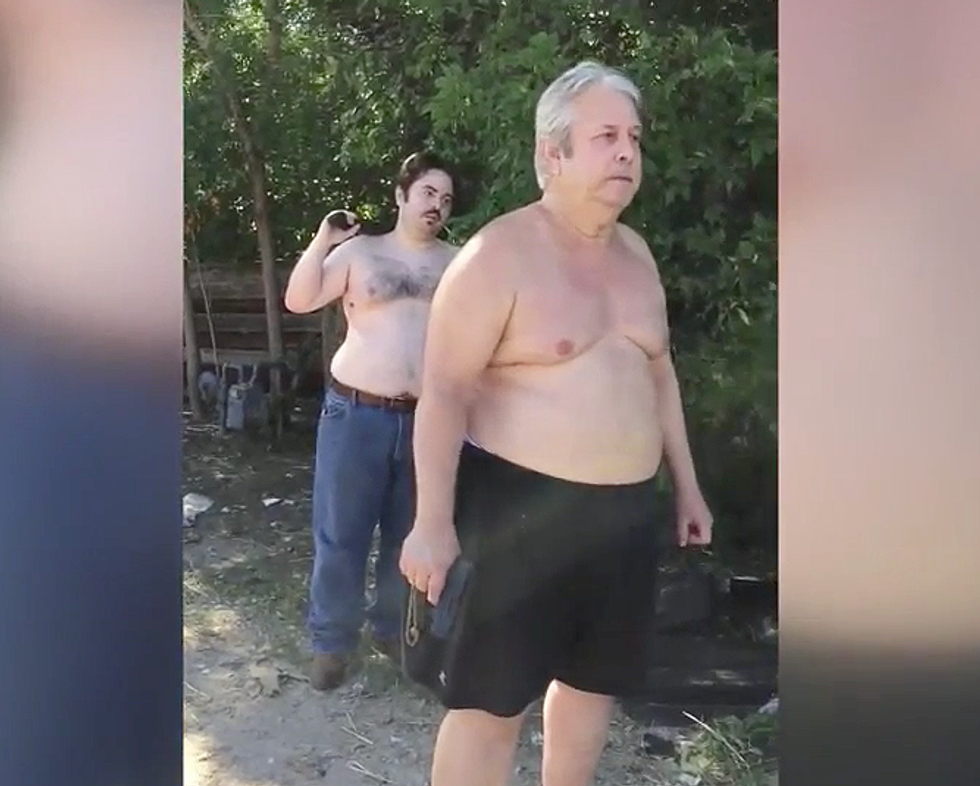 A father and son gunned down their neighbor in an alley behind their Texas homes during an argument over trash — and the victim’s fiancÃ©e recorded the slaying on video.

Johnnie, 67, and Michael Miller, 31, have been charged with murder in the Sept. 1 shooting of Aaron Howard as part of an ongoing feud, reported KTXS-TV.

The 37-year-old Howard had gone outside to throw out trash when the father and son confronted him, and all three men argued and threatened one another during the confrontation.

Abilene police said the elder Miller went outside armed with a handgun, and his adult son went inside the home he shares with his father and grabbed a shotgun.

Someone also went into Howard’s home and retrieved a baseball bat, according to investigators.

Johnnie fired first and shot Howard, and then the son shot their neighbor with a shotgun blast.

Howard’s fiancÃ©e Kara Box recorded the deadly argument on her cell phone and shared the video with the TV station.

The video shows at least four shots were fired during the confrontation, and Box said she was almost shot by one of them.

“You can see that I stepped in between them, and I said, ‘You’re not going to shoot my husband,’ then he fired past my head,” Box said.

The Taylor County district attorney declined to comment because he had not seen the video, and he asked KTXS for a copy.

“Video evidence like this is always graphic and very difficult to watch, but it is consistent with the charges,” said district attorney Jim Hicks.

The Millers have each been charged with first-degree murder, and they are both out of jail on $25,000 bond.