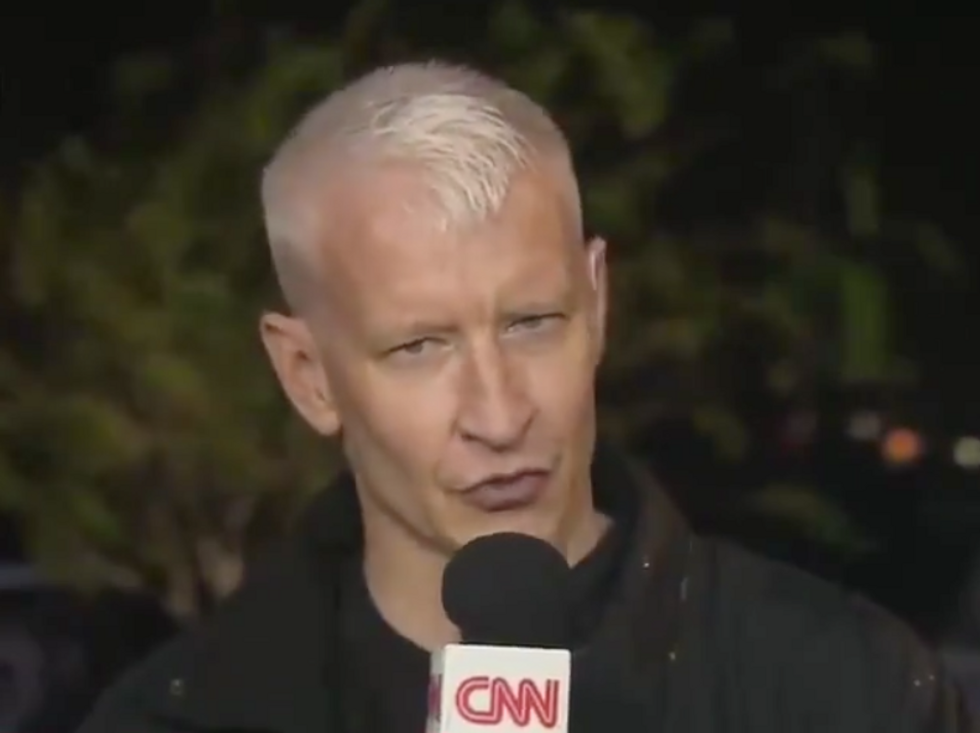 As he stood in the wake of the approaching Hurricane Florence, CNN's Anderson Cooper delivered an emotional monologue debunking and condemning President Donald Trump's repugnant lie about the deaths from Hurricane Maria in Puerto Rico one year ago.

Trump claimed in a pair of tweets Thursday morning that a recent finding that nearly 3,000 people died because of the storm was false and has been fabricated by Democrats.

The president's tweets were a flat-out lie with zero evidence to support them. The study was conducted at the School of Public Health at George Washington University on behalf of the Puerto Rican government, and it confirms other studies and estimates that found death tolls in similar ranges.

"His words were not an accident," Cooper said. "They were, in fact, a lie. And the starkest version yet of a cruel series of self-congratulatory statements and tweets in which a tragedy for millions becomes, in the president's way of thinking, a triumph of one. A triumph of one because, you might remember, the other day he called his administration's response to Maria an 'unsung success.'"

He continued: "Don't tell that to Miriam Rodriguez because her husband, Natalio, who was on a ventilator. But they lost power, he lost air. He died."

Cooper argued that Trump was essentially denying the experiences and lives of these people.

"The president of the United States has disrespected the dead of Puerto Rico today, and he disrespected the living who will live the rest of their lives with the pain of loss and the pain of knowing their president, in his heart, does not see their loss for what it truly, truly is," he said.