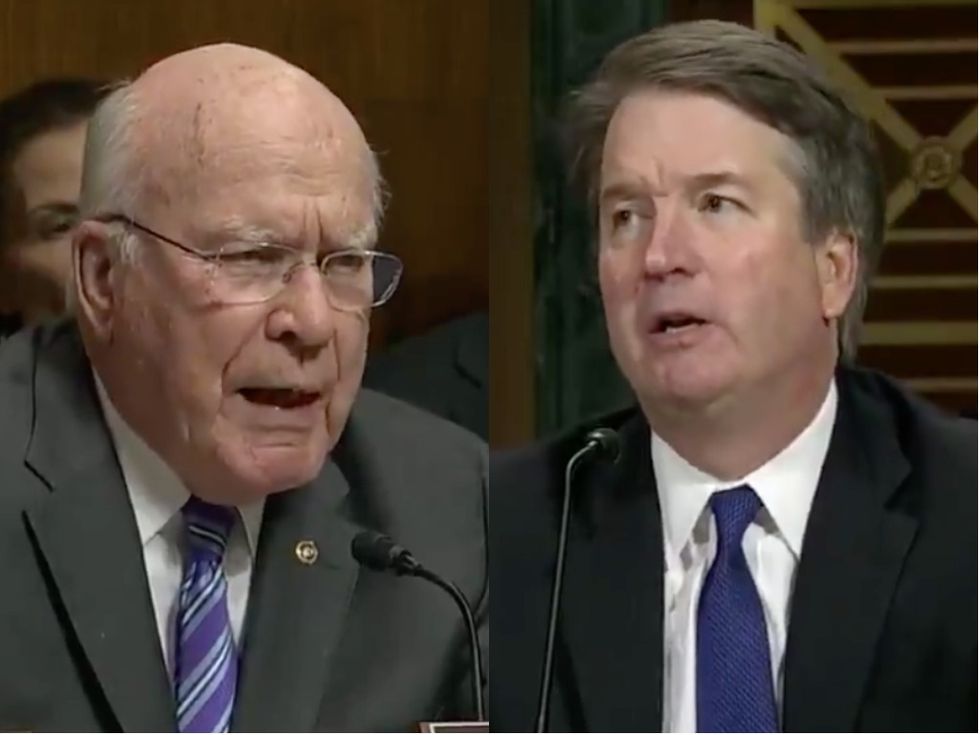 Since the first allegations of sexual misconduct and abuse emerged against Supreme Court nominee Brett Kavanaugh, Democrats have called for the FBI to investigate the matter. This call has only grown louder since more allegations have emerged, but the Republicans, and Kavanaugh himself, have pushed back against those requests.

While he had the chance to question Kavanaugh, Sen. Patrick Leahy (D-VT) used his time to reveal why a thorough investigation — calling many more witnesses — would be necessary. He pointed to the fact that Mark Judge, a longtime friend of Kavanaugh and the other person Christine Blasey Ford says was in the room while Kavanaugh assaulted her, has not been called to testify.

Leahy also pointed out that, in a book Judge wrote about his drinking problem, he referred to another friend as a heavy drinker by the name "Bart O'Kavanaugh." Leahy asked Kavanaugh if that referred to him.

"I'm trying to get a straight answer from you under oath," Leahy said. "Are you Bart O'Kavanaugh?"

"You'd have to ask him!" Kavanaugh said dismissively, referring to Judge.

"Well, I agree with you there," Sen. Leahy says. "And that's why I wished that the chairman had him here under oath."

Asked whether a character in Mark Judge's book was based on Brett Kavanaugh, Kavanaugh says, "You'd have to ask him… https://t.co/QsniOCTU42
— ABC News Politics (@ABC News Politics)1538081040.0