Democratic Senator Calls Out the Most Disturbing Point In Kavanaugh's Testimony: 'A Sad Moment in the History of This Committee' 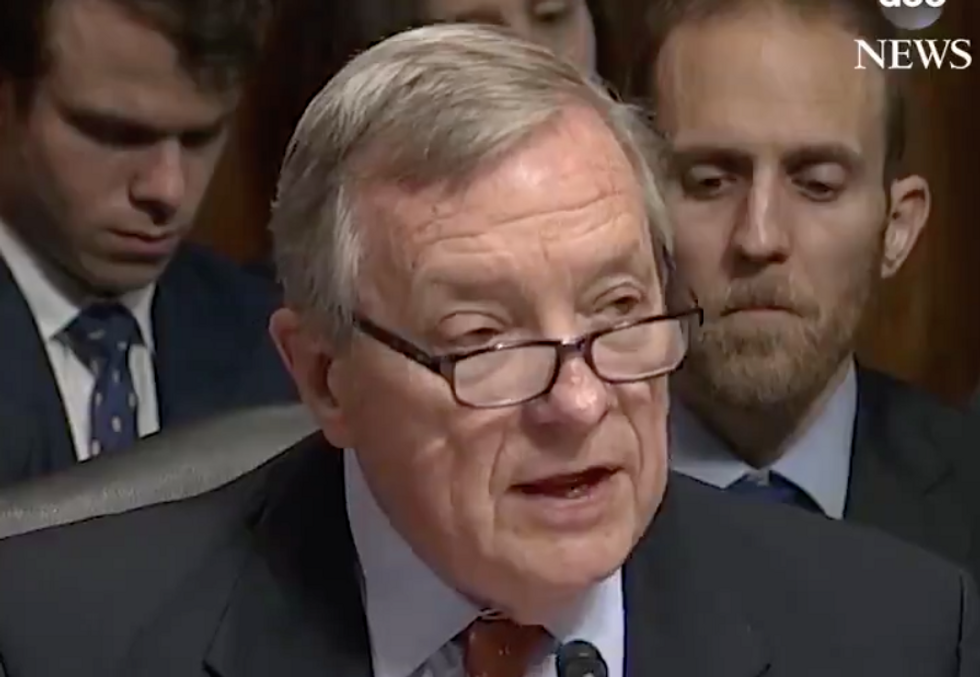 Sen. Dick Durbin (D-IL) on Friday pointed out perhaps the most revealing and troubling portion of Judge Brett Kavanaugh's Thursday testimony as the Senate Judiciary Committee debated approving his Supreme Court nomination to go before the entire chamber.

Durbin noted that, in contrast to Kavanaugh's previous testimony, his opening statement on Thursday revealed the judge's true identity as a right-wing partisan firebrand more suited to being a Fox News pundit than a Supreme Court justice. At the same time, he revealed a thinly concealed animus toward Christine Blasey Ford, who has accused him of sexual assault.

"This 'lock her up' grace note in Judge Kavanaugh's remarks may have raised a cheer in the White House, but it was a sad moment in the history of this committee," he said.

Referencing "lock her up" was a particularly incisive point because it reminded views that while the Republicans have screamed about Kavanaugh supposedly not getting due process when accused of a crime, the GOP was all too happy in 2016 to declare Clinton guilty of a crime — and deserving on jail time — despite the fact that she had never been convicted or even charged.