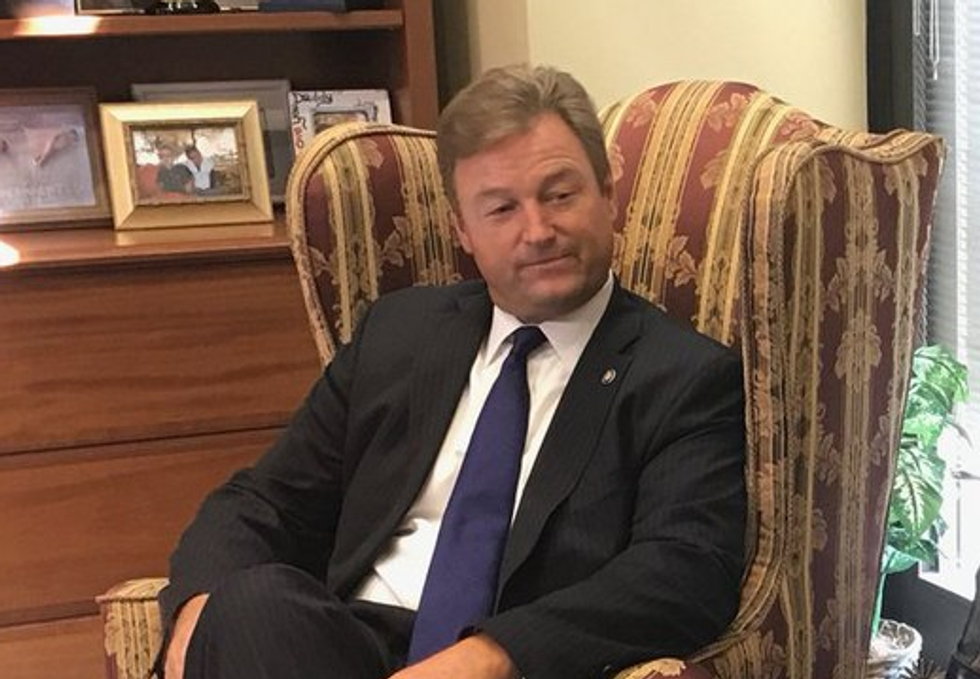 The sexual assault allegations against Supreme Court nominee Brett Kavanaugh are a grave matter that the Senate should handle with sensitivity and consideration.

But according to a report from the Nevada Independent, Sen. Dean Heller (R-NV) is not overly concerned about it. In fact, he considers it only a "hiccup" in the confirmation process:

In a “VIP” conference call arranged by the Nevada Republican Party on Wednesday ahead of President Donald Trump’s visit to the state, Heller — who is running for re-election against Democratic Rep. Jacky Rosen — said the Senate would still likely confirm Kavanaugh to replace retired Justice Anthony Kennedy despite the sexual harassment allegations.

“I’m really grateful for the White House, for the effort of President Trump and what he has done, and the excitement that we have,” he said. “We got a little hiccup here with the Kavanaugh nomination, we’ll get through this and we’ll get off to the races,” he said.

This is an incredibly glib response to the accusation by California psychology professor Christine Blasey Ford that Kavanaugh, at age 17, forced her into a room, groped her, tried to strip off her clothing, and covered her mouth to muffle her screams, while his friend looked on and laughed. Especially considering that Ford has not yet even had any chance to testify to the Senate or to the FBI, and none of the witnesses of the alleged incident are being compelled to give any information.

But Heller has always been one of President Donald Trump's most enthusiastic cheerleaders for a far-right reshaping of the judiciary. In March, Heller predicted that if Justice Anthony Kennedy retired, it could save his struggling re-election effort

Heller's opponent Jacky Rosen, who is running on a broad platform of health care expansion, immigration reform, and protecting veterans and retirement benefits, is running roughly even in polls.