'A Coward  - Not A Patriot': Former GOP Congressman Blasts Anonymous Trump Aide for Failing to Stand Up to the President 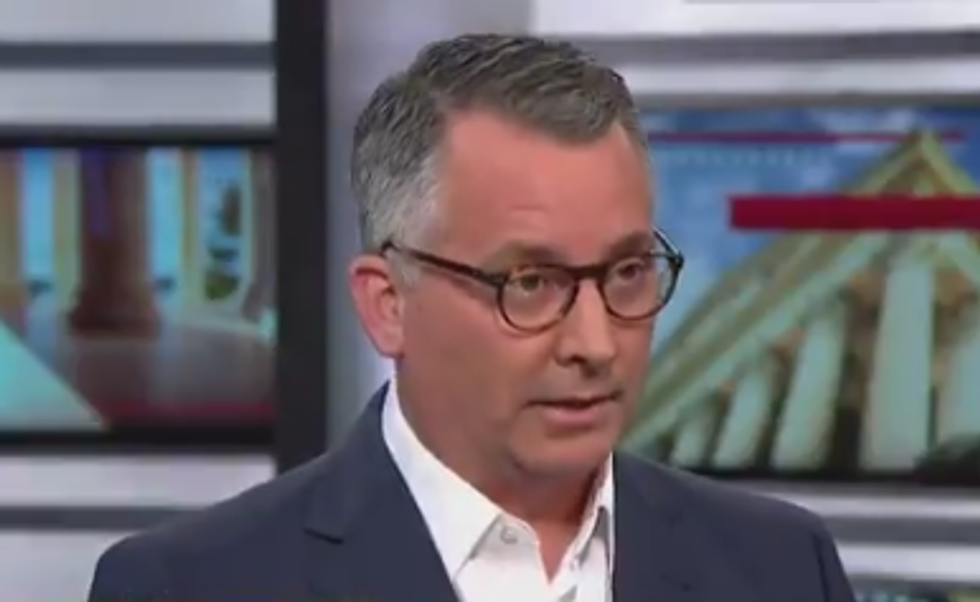 Following the publication of an op-ed in the New York Times by an anonymous senior administration official lambasting President Donald Trump's leadership and claiming they have "vowed to thwart parts of his agenda and his worst inclinations," the president raged and stormed, calling the piece "gutless."

And one of Trump's most vehement conservative critics agrees, although not for the same reason.

Speaking to reporters on MSNBC's "Deadline: White House" former Rep. David Jolly (R-FL) laid into the mysterious writer for speaking from the shadows and not having the courage to go public — or even to go to Congress.

"There are millions of Americans right now, including myself, who are trying to temper their rage when they read this," said Jolly. "These are the words of a coward, not a patriot."

"There are two questions," he went on. "First is, should the New York Times have published something with anonymity? And the answer is, they probably erred on the side of getting information out, and that's fine, that's a question of journalism. The question of patriotism is, the person who is willing to hide behind anonymity to suggest that the president that they serve, that they work for, the nation that they are trying to advance, is represented by somebody who is no longer fit for office."

"You cannot orchestrate the president's behavior through anonymity and the New York Times," Jolly said. "You do so ... by going to Capitol Hill — the branch that the founders suggested had oversight to control this type of behavior — and say, 'I want to testify, right now, about this president's failure to perform the very basic duties of his office.'"

While Jolly's words ring true, it should be noted in fairness that the Republican-controlled Congress has expressed absolutely no interest in exercising oversight of the White House, so long as they continue to win corporate tax cuts and far-right judges. So whoever this senior official may be, he or she perhaps feels that route is foreclosed — at least until November.

Nonetheless, this official should come forward and forego the veil of anonymity, to tell the world in no uncertain terms how unfit the president is and what can be done to curtail his behavior.