'Cynical, Bad-Faith Republicans': Paul Krugman Explains How the GOP Sacrificed Millions of Jobs in a Heartless Attempt to Obstruct Obama 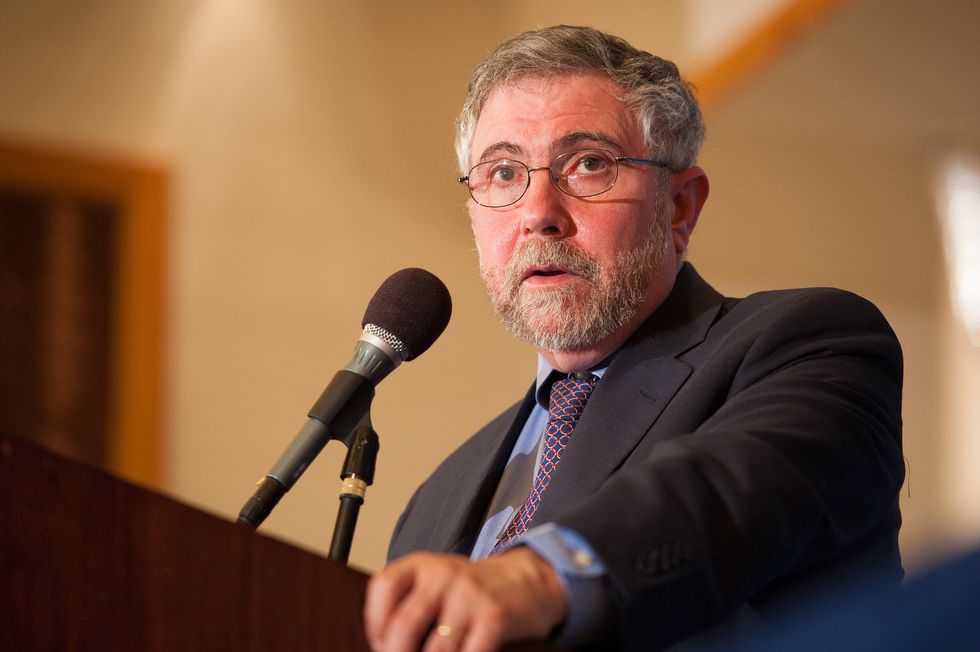 While there is plenty of blame to go around for the beginning of the 2008 financial crisis and the failure of U.S. policymakers to sufficiently respond to the crisis, Paul Krugman argued Thursday in the New York Times that the Republican Party deserves the bulk of the condemnation for the extensive job losses and economic sluggishness under President Barack Obama's two terms.

"We avoided utter disaster, but nonetheless experienced a huge, sustained employment slump, one that inflicted immense human and economic cost — and may well have helped set the stage for our current constitutional crisis," he said. "Why did the slump go on so long?"

He continued: "There are multiple answers, but the most important factor was politics — cynical, bad-faith obstructionism on the part of the Republican Party."

President Barack Obama was able to pass a massive stimulus bill that helped avert a calamity on the scale of the Great Depression. But, as Krugman argued at the time, it wasn't nearly big enough to avoid nearly a decade of unnecessary joblessness. And Republicans refused to lift a finger to help.

"[The] most important reason the great slump went on so long was scorched-earth Republican opposition to anything and everything that might have helped offset the fallout from the housing bust," Krugman wrote.

The main reason they gave for opposing more stimulus or other efforts to boost the economy was the growing deficit. This was a bad argument, and it was clear at the time that Republicans were not sincere, but many supposedly "moderate" commentators took the worries seriously.

Now that Republicans are in office, however, they've had no problem with ballooning the deficit to give tax breaks to corporations and their wealthy donors. (There's no doubt, of course, that if another recession hits when a Democrat are in power, the GOP will insist that deficits are important once again.)

Without the boost from further stimulus, the economy slowly and steadily recovered from the downturn. But it left a legacy of distrust in the federal government and millions of lives scarred by protracted and needless unemployment.

One of the fundamental truths about the aftermath of 2008 crisis, which most neutral or moderate commentators are loath to admit is simply this: "Republicans were willing to sacrifice millions of jobs rather than let anything good happen to the economy while a Democrat sat in the White House."