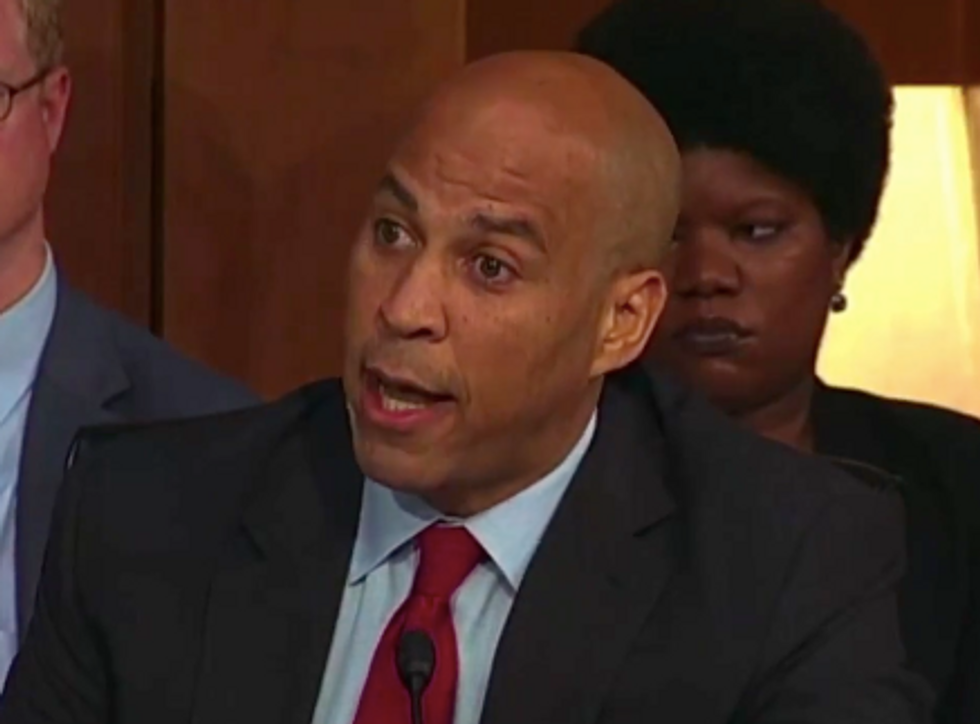 U.S. Senator Cory Booker (D-NJ) Thursday morning announced he is releasing a confidential email from Supreme Court nominee Brett Kavanaugh the GOP has tried to hide from the Judiciary Committee and the American public. By doing so he is opening himself up to expulsion from the Senate, he acknowledged.

Senator Booker characterized the email as being about racial profiling.

The Judiciary Committee has allowed a private attorney who once worked for Kavanaugh and currently represents several current or former Trump administration officials to determine whether or not Kavanaugh's documents are to be classified as "committee confidential," meaning they cannot be seen by the Senators, or released to the public.

Some of these documents are being claimed by Republicans, including the private attorney, Bill Burke, to be "confidential" because they relate to national security, related to the Bush administration.

Senator Booker says they have nothing to do with national security.

"I openly accept the consequences. I am releasing it to expose that emails being withheld have nothing to do the national security."

“I recognize it comes with the penalty of expulsion from the Senate,” Senator Booker told the committee.

All Democrats on the Judiciary Committee say they are willing to face expulsion over the Republicans' hiding of documents.