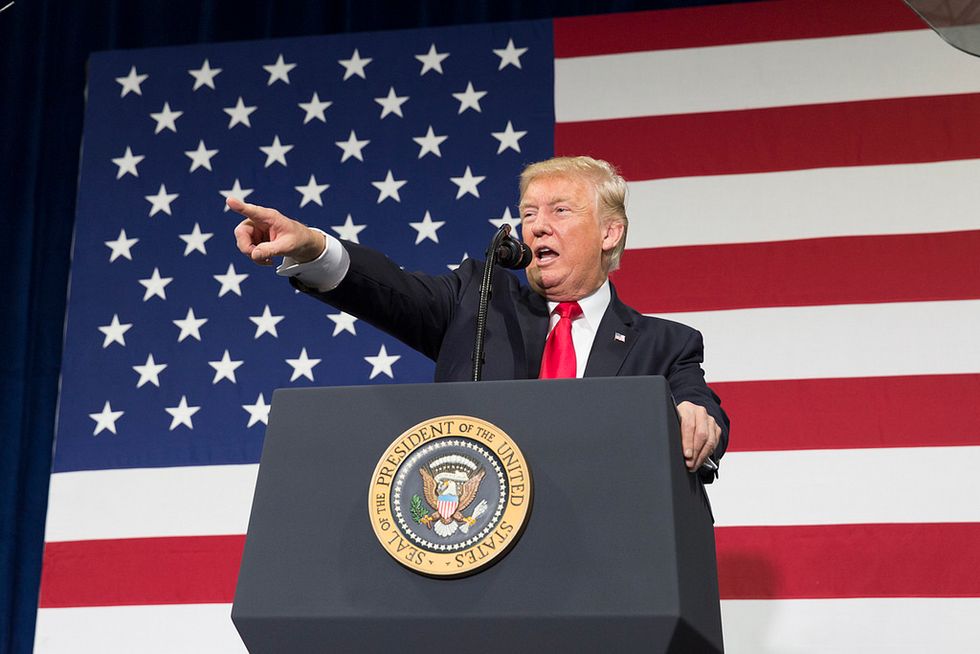 President Donald Trump's White House has been hit with a torrent of bad news in recent weeks and months, circumstances that, according to conservative writer Jennifer Rubin, have led him to try to "distract the country, recast the headlines and, most of all, incite his xenophobic base."

But instead of successfully changing the topic, Rubin argued in a new Washington Post column, these efforts make Trump — and the entire country — look weak.

One of the most consequential steps Trump has taken in this regard is his effort to stifle American programs to receive immigrants. The State Department announced this week that the United States will accept no more than 30,000 refugees this year, a dramatic cut from previous years even as displacement continues to be a massive global issue.

"If evangelical Christians were sincerely focused on the plight of Christians in communist and Muslim countries, they would not be so quiet about how Trump’s lack of empathy harms their fellow Christians," Rubin noted.

She continued: "At present, it is left primarily to Democrats to argue that the Trump administration’s move is counterproductive, damages to our image abroad and weakens our ability to urge allies to take in refugees that are closer to their borders than to the United States. When we deny entry to refugees, we give comfort to their persecutors and dissuade them from giving us assistance (e.g., as spies or guides) for fear they will be abandoned after they are no longer useful."

Trump's attitude, Rubin argued, diminishes the country's view of itself as a moral leader in the world.

"A great country shouldn’t behave this way," she wrote. "Thanks to Trump, the message to the world is that the United States is too weak, afraid and poor to take in those fleeing persecution."