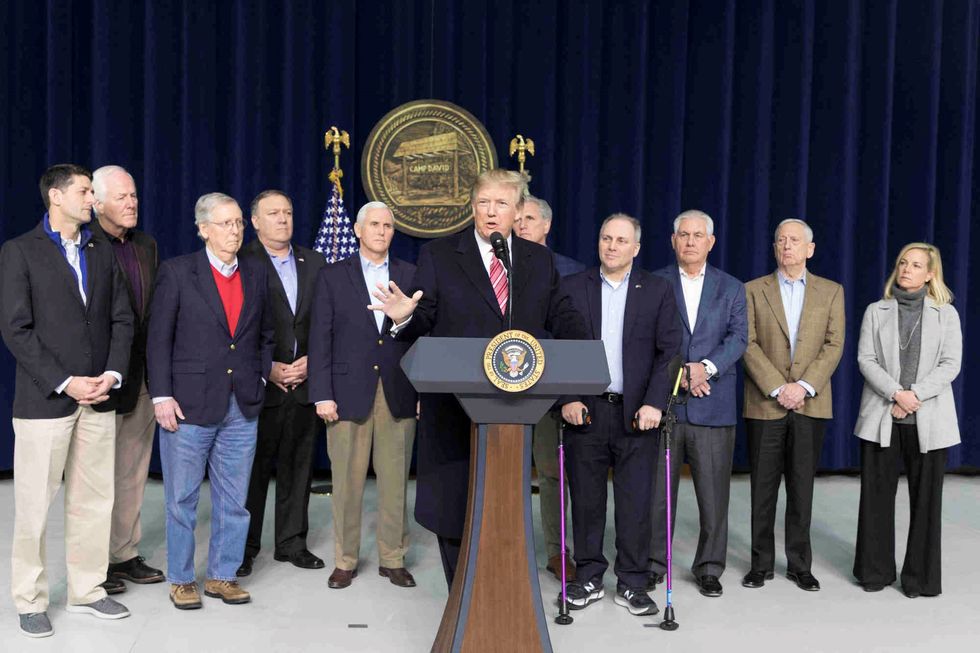 A big day for Robert Mueller is a disaster for President Donald Trump.

The special counsel won another notch in its belt Friday by securing a plea deal and cooperation agreement with Paul Manafort, former campaign chairman for Trump, in the ongoing Russia investigation. This move further insulates the prosecutors from Trump's allegations of a "witch hunt" and potentially provides Mueller with a crucial witness for further charges.

“The reported cooperation agreement could be devastating to the president — and those around him. Manafort for example could  implicate not only the president in the Trump Tower meeting — but also others who were involved such as Don Jr. or [Jared] Kushner," former White House ethics counsel Norman Eisen told conservative writer Jennifer Rubin in the Washington Post. "The same is true on the mysterious [RNC] platform change, and indeed on all the possible [collusion] offenses.”

Rubin also notes that Mueller's team secured $46 million in civil asset forfeiture from Manafort — covering much of the cost of the investigation, which Trump has ludicrously criticized.

In short: Rubin thinks it's time for Trump to start "panicking."

"What we will find out in the days and weeks ahead is just how much Manafort knows and how much he can tell us about what Trump knew regarding Russian interference on his behalf," Rubin wrote. "For Republicans who have been carrying water for the president, it might be time to put down the buckets and run for their political lives. Frankly, voting for impeachment and removal might be a good option for Republicans at some point. Before we get there, however, there are the midterms, which are shaping up to be a wipeout for the GOP."

And with Trump's approval rating falling in recent weeks, and Mueller's improving, it doesn't appear the president has the public on his side.

It could yet turn out, of course, that Trump has nothing to hide and the special counsel will have nothing to find against him. But throughout the whole process, Trump has not behaved as if he believes he's innocent or as if Mueller would exonerate him. So there's every reason to believe that more ground-shaking revelations might be lurking around the corner.