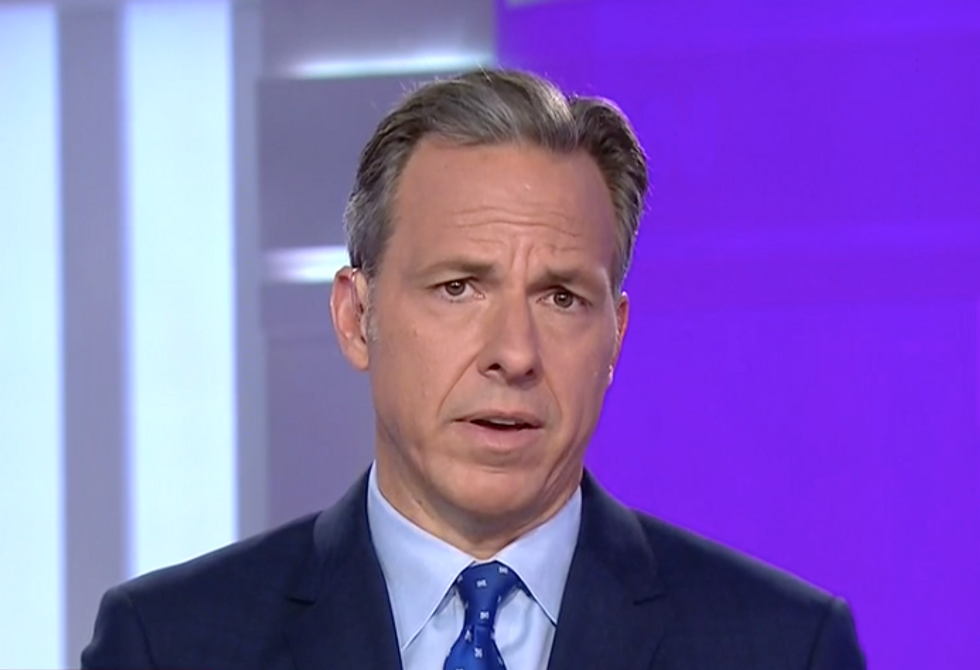 President Donald Trump on Tuesday pushed back against calls for the FBI to investigate an accusation that Supreme Court nominee Judge Brett Kavanaugh committed sexual assault in high school, saying that the bureau itself has said it doesn't want to pursue the case.

However, as CNN's Jake Tapper pointed out, Trump often calls on the FBI to investigate matters that it clearly has no interest in working on.

"This is an interesting moment of restraint for President Trump," Tapper said, "given his normal propensity to have the FBI and Justice Department get involved all the time, whether they want to or not, calling for them in the past to investigate: Hillary Clinton and her private email server (again), Clinton and the Uranium One deal, the Clinton campaign for alleged collusion, the Clinton Foundation for alleged corruption, the Obama administration for what President Trump called, without evidence, illegal surveillance of his campaign, former FBI Director James Comey, former Deputy FBI Director Andrew McCabe, former FBI officials Peter Strzok and Lisa Page, the New York Times anonymous op-ed author, special counsel Robert Mueller for what the president says are conflicts of interest, and on, and on."

Tapper added: "I could continue. Of course, it's only an hour show. His concerns for the parameters and propriety of what the FBI should be investigating? That seems rather new."

Trump saying he doesn't think the FBI should be involved in investigating the sexual assault claims against Kavanau… https://t.co/ih0vn9RgPS
— The Lead CNN (@The Lead CNN) 1537301942.0