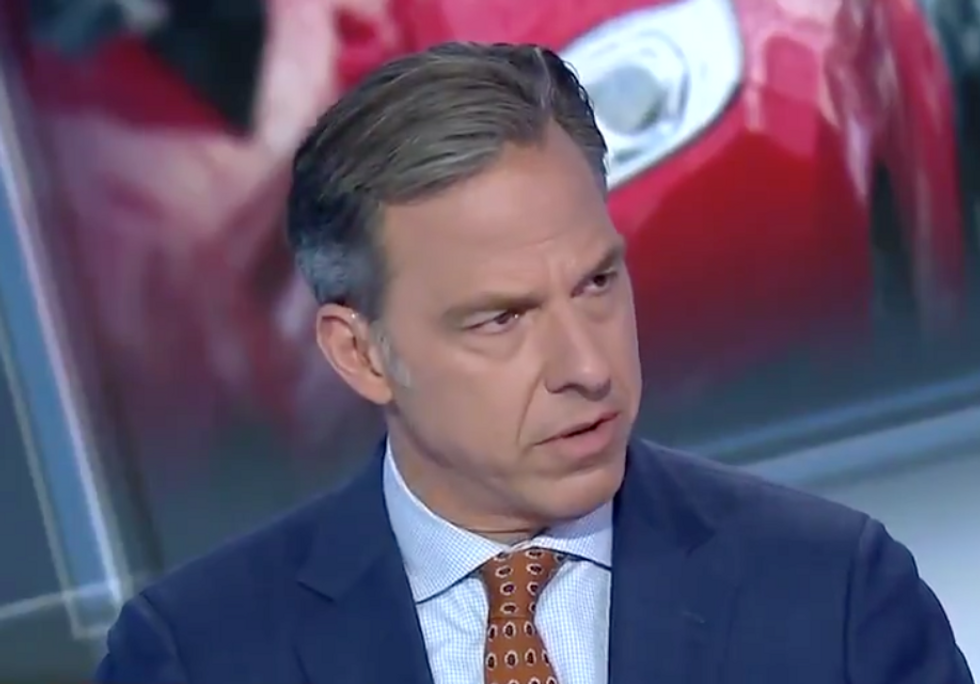 Hurricane Florence loomed over the East Coast Tuesday, threatening to bring devastation to the states in its path and reviving the memories of last year's devastating storm season. President Donald Trump, speaking about the current threat, erroneously praised his administration's efforts to respond to 2017's Hurricane Maria, which tore through Puerto Rico and killed nearly 3,000 Americans, according to a recent report.

Trump said his administration's response to Maria was an "an incredible, unsung success," despite the fact that the death toll had skyrocketed since he had initially visited the island territory in the storm's aftermath. Then, he had touted that the death toll was only 16, much lower than the tragedy of Hurricane Katrina's impact in New Orleans in 2005. Now we know that the Maria was much more deadly than Katrina.

"It's far from a success, and the fact that Donal Trump today would spend so much time singing his own praises, rather than really leaning into a conversation with people in leadership there to figure out how they can really overcome and really have a success story for this storm, I think, is really telling," said commentator Angela Rye.

"Do you think, Amanda, that President Trump doesn't have the people around him who tell him, 'Hey, by the way, don't say that about Puerto Rico — it's not a success, and they just upgraded the death toll to 2,975. That's not a success, that's embarrassing'?"

"Perhaps, but I also think there's probably people in the White House that have given up on trying to message the president," said author Amanda Carpenter. "I mean, look at his performance when he actually went to Puerto Rico. He's throwing out paper towels like he's Santa Claus giving out goodies. And I think this is part of the warped approach that he has toward disasters. He views it as an opportunity to hand out money and goodies for which people should be grateful to him. And he doesn't understand the devastation and the fears."

She continued: "And honestly if he thinks Puerto Rico is a success, I'm a little nervous, that makes me more nervous about Florence coming in."