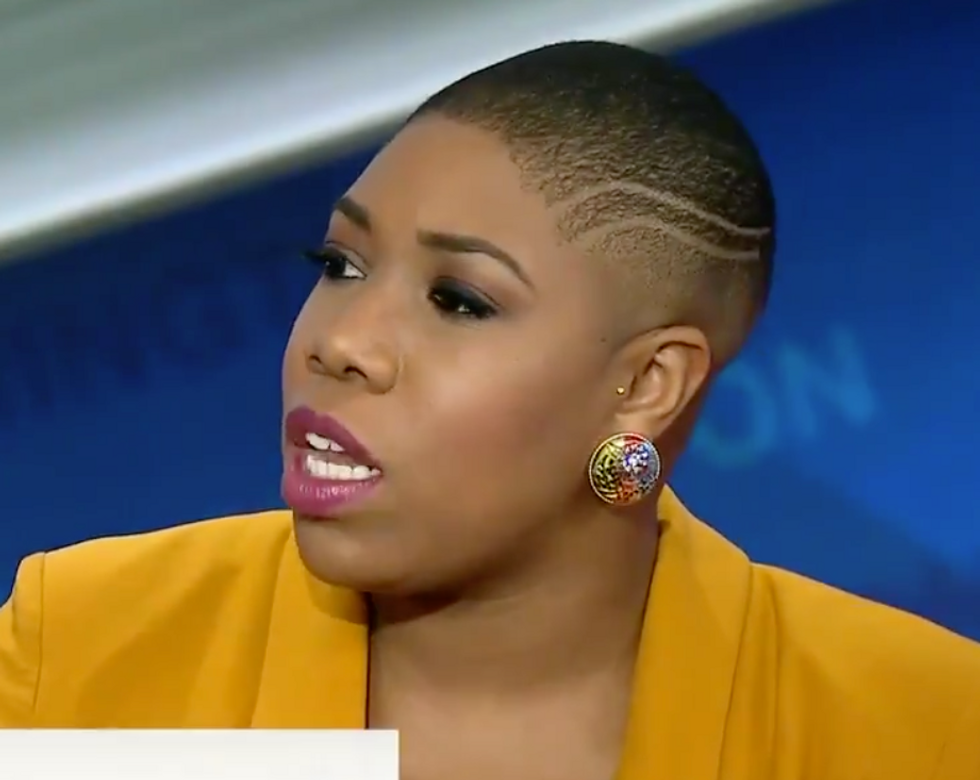 After Judge Kavanaugh fumed and cried Thursday at his Senate Judiciary Committee testimony addressing the charges of sexual assault against him, many observers noted that his testimony stood out from that of other Supreme Court nominees.

“Watching Judge Kavanaugh testifying today... One, it felt as though Dr. Ford never had her testimony this morning, in hearing how the Republican senators questioned him," noted political strategist Symone Sanders on "Anderson Cooper 360." "Two, how unhinged he was, how angry — he was unrestrained! That’s not someone who looks like a centrist jurist to me, which is what he had previously testified."

Three, the lies. Judge Kavanaugh lied about very small thing that he didn't have to lie about. It was reported in the Wall Street Journal and other publications that he watched the testimony — he said during his testimony that he didn't watch. He lied about what a devil's triangle is — I'm not going to say it here on television, but I'm going to tell you it's not a drinking game, y'all! It's a sexual act. I don't believe him when he says he was never a blackout drunk... It's just unbelievable if someone likes to drink a lot as Judge Kavanaugh noted, that he never had a few foggy nights he doesn't remember.

But in addition to all that, Sanders seemed most dismayed by Kavanaugh's display of entitlement.

"The unnecessary small lies were a real shock to his credibility," she said. "But what I saw was a display of privilege. What I saw was a man who could not believe that the Senate Judiciary Committee had the audacity to ask him these questions."