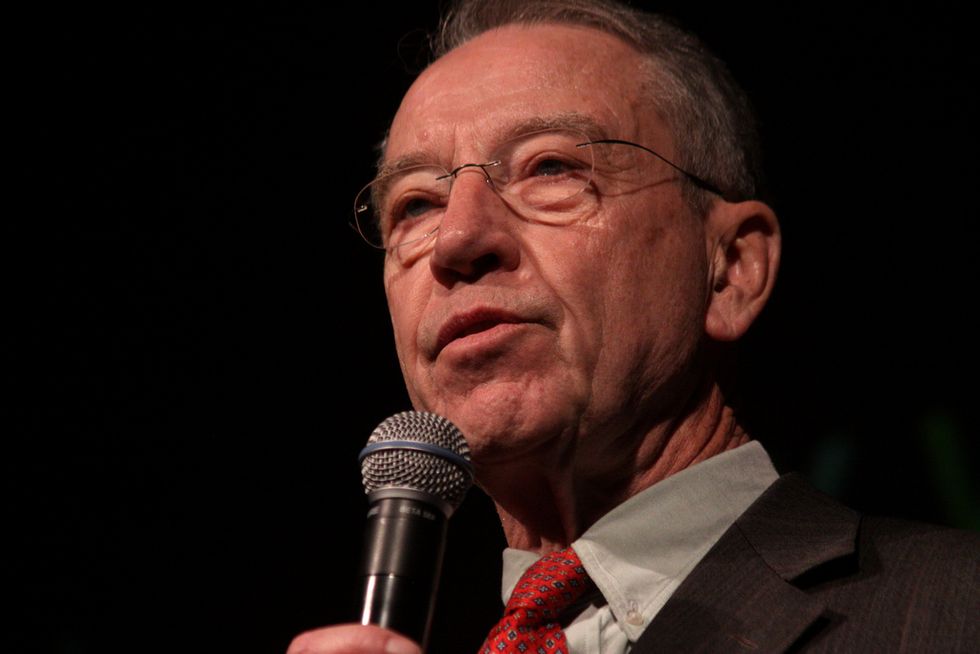 With D.C. appeals court judge Brett Kavanaugh's Supreme Court hearings over, and his record of lies to the Senate and legal extremism laid bare for all to see, voters are demanding answers from their senators.

One senator who seems highly unwilling to talk about the issue is Sen. Chuck Grassley (R-IA), who chairs the Senate Judiciary Committee. In fact, at a town hall in Osceola, Grassley was bombarded with so many Kavanaugh questions that he started imploring the attendees to ask about something else.

Sen. @ChuckGrassley just held a Town Hall in Osceola. Many constituents came across the state to ask questions about the nomination of Brett Kavanaugh to the Supreme Court. At one point Grassley openly said he would call on the next person who didn’t have a Kavanaugh question. pic.twitter.com/EvTNkVgG33

Grassley has been instrumental in the far-right reshaping of federal courts since assuming the chairmanship in 2015. He worked to ensure Supreme Court nominee Merrick Garland never saw even a hearing, then immediately began ramming through President Donald Trump's judicial picks, including several with extreme activist agendas.

For the Kavanaugh confirmation, Grassley — who has long claimed to be a champion of open records — did an end run around the National Archives and instead tasked President George W. Bush's private attorney Bill Burck, a close ally of Kavanaugh, with curating records from Kavanaugh's years as Staff Secretary in the Bush administration.

Grassley then designated most of those documents "committee confidential," including some that appear to show Kavanaugh lied under oath about his use of memos stolen from Democratic senators. These documents would have been sealed from the public and even the full Senate had Democratic members of the committee not ignored Grassley and released them anyway.

Grassley knows full well that this confirmation — and the tactics he is using to force it through — could be the most consequential moment of his entire Senate career. Yet for some reason, he does not want to discuss it with the voters.