'The Call Is Coming from Inside the House': White House Aides Are Reportedly Fearful that Anyone Could Be Secret Op-Ed Writer 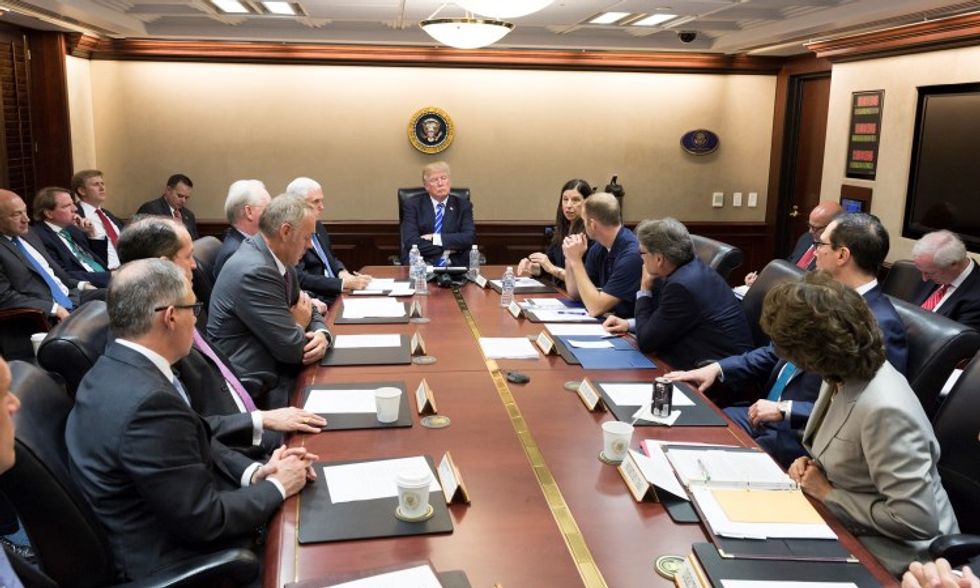 Perpetual conflict, power struggles, and strife have characterized President Donald Trump's White House from the beginning, according to countless reports of the building's inner workings, but a new op-ed in the New York Times is guaranteed to amplify all the administration's worst tendencies to an even greater degree.

The op-ed was written by an anonymous administration official who said that he or she is among a group of people within the federal government working to undermine the president's most dangerous impulses and inclinations. And according to a new report in the Washington Post, the op-ed has inflamed paranoia and mistrust in the White House.

“It’s like the horror movies when everyone realizes the call is coming from inside the house,” one ex-White House aide who still talks to officials told the Post.

“The problem for the president is it could be so many people,” said one current official, according to the report. “You can’t rule it down to one person. Everyone is trying, but it’s impossible.”

It's worth noting that while describing reactions to the anonymous op-ed, these current and former officials, too, withheld their identities.

The report also says the op-ed has had a major impact on the president himself. One source described as a "friend" to the president said Trump now feels as though he can only trust his children.