'Bigger Than Politics': CNN's Brooke Baldwin Tears Up on Air While Sharing Intimate Details of a Sexual Assault 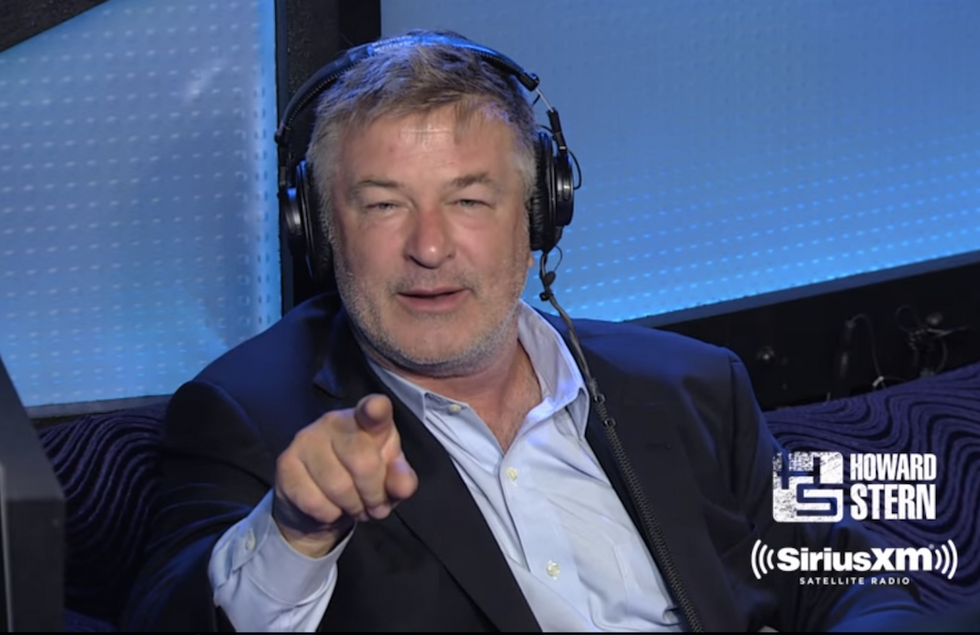 Yesterday's hearing at the Senate Judiciary Committee, in which Dr. Christine Blasey Ford told the story of her sexual assault at the hands of Supreme Court nominee Brett Kavanaugh, was a tense and resonant moment for the whole nation. It sparked a fresh wave of protests, and resulted in even a handful of Republican senators pushing leadership to delay a final vote on the nomination pending an FBI probe of the allegation. It struck a chord with millions upon millions of women who have been in similar situations, and who usually stay silent.

One person who was deeply impacted by what happened yesterday was CNN's Brooke Baldwin, who described the significance of the moment in a tearful monologue — and in the process, appeared to shared intimate details about a sexual assault, though it was clear who the victim was.

"I wrote something about all of this that I just wanted to share with all of you today," she began. "This matters. What we witnessed in that hearing was nothing short of extraordinary. Put the partisan politics and the insults and the spin to one side. I want to mark this pivotal moment in American history when sexual assault, something that often doesn't elicit more than a shameful whisper, is thrust into the open on national television. Millions tuned in, from home, from your mobile device, the subway, even a dad and a daughter in a chemotherapy session. This matters."

"Yesterday morning the nation watched as Christine Blasey Ford shared her truth," Baldwin continued. "Look at her. You can see the struggle, the pain. She didn't want to be there. But she said it was her civic duty. She admitted she was terrified. All of this was all on television, and as it played out, I saw women here at work in tears. I had a young woman in my office wiping her eyes, as she felt compelled, after listening to the testimony, to share her truth with me. I was texting with a dear friend who had been raped in college, and is in therapy years later. For so many, this story has reopened deep, painful wounds. During this hearing, C-SPAN says callers flooded its talk lines to share their own stories of sexual assault."

At that point, the broadcast cut to a C-SPAN call-in.

"I'm a 76-year-old woman who was sexually molested in the second grade," the caller, identified as "Brenda," said tearfully. "This brings back so much pain. I thought I was over it, but it's not. You will never forget it. You get confused and you don't understand it, but you never forget what happened to you."

"This matters," said Baldwin. "Listening to Professor Ford speaking about her desire for a second front door to her home, and irrational need for escape many years later, the pain for her and millions of men and women is deeply scarring. This matters. According to the nation's largest anti-sexual violence organization, every 98 seconds, an American is sexually assaulted out of every six women has been the victim of an attempted or completed rape in her lifetime — and incredibly, only six out of every 1,000 rapists will end up in prison."

"We all have our stories," Baldwin continued, starting to tear up herself, as she described details of what seemed to be her own experience. "A spiked drink. Waking up on the cold tiles of a hotel floor. The uncertainty. The shame. The thought I must have somehow brought this on myself. The silence, distrust, and invalidation."

"This is a pivotal moment in America for all of us," she concluded. "This matters. This moment is bigger than politics, it's about mothers and fathers raising boys to become men. What good comes of all of this? What are we willing to learn? It's a generational opportunity to better ourselves in how we relate to each other as women and men. This matters the most."

My personal essay on why I want to mark this pivotal moment in American history… of talking about sexual assault.… https://t.co/fqL8A4uz7s
— Brooke Baldwin (@Brooke Baldwin) 1538166533.0