Brett Kavanaugh Interrupts and Shouts at Sen. Dianne Feinstein as She Asks Why He Hasn't Called for an FBI Investigation 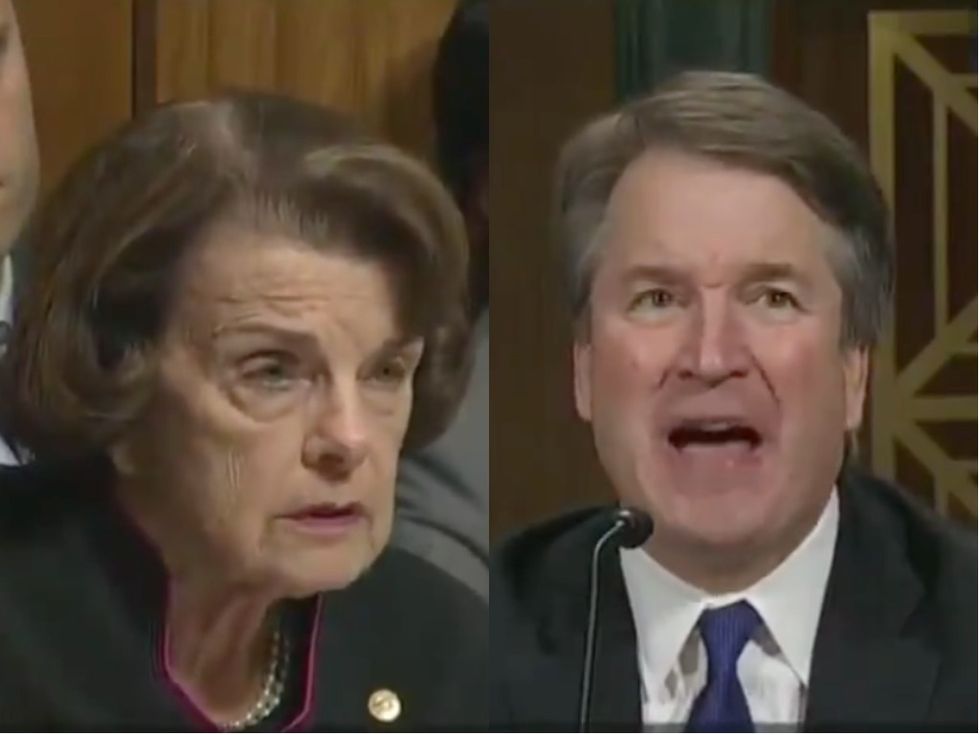 Sen. Dianne Feinstein has been Republicans' number one enemy in the debate surrounding the allegations against Judge Brett Kavanaugh throughout his Supreme Court nomination. In his testimony Thursday, he showed that he shares the disdain many in his party have for the California Democrat.

When she questioned him about why he hasn't asked for an FBI investigation into the allegations against him, as Ford has, Kavanaugh seemed disgusted with the senator, furrowing his brow and while leaning back in his chair.

He didn't answer the question directly, saying he would do whatever the committee wanted to do and that he wanted to testify immediately after Ford's allegations became public.

"It's an outrage that I was not immediately allowed to defend my name and say I didn't do this!" he shouted.

He repeatedly interrupted Feinstein to complain about the process, and yelled at the committee while his voice cracked with emotions in his answers.