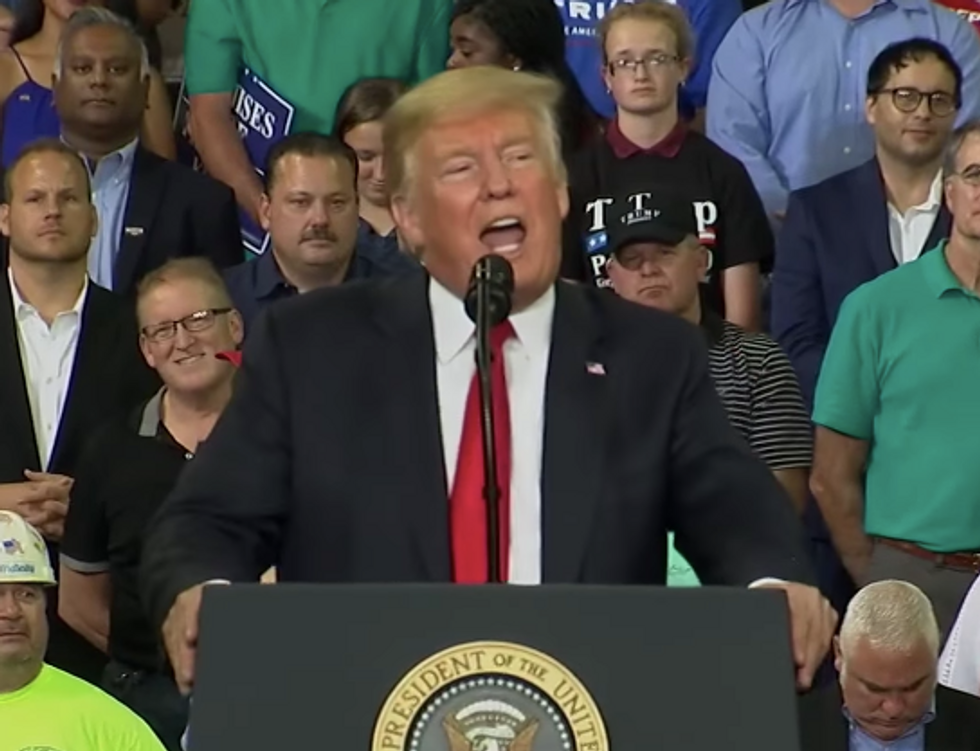 A new book about the administration of President Donald Trump written by veteran journalist Bob Woodward is filled with explosive new claims.

Among the claims in "Fear: Inside the Trump White House" is that Trump was furious about being pressured to condemn violent racist extremists after the 2017 attack in Charlotteville attack that left Heather Heyer dead.

At the urging of advisers, he then condemned white supremacists and neo-Nazis, but almost immediately told aides, “That was the biggest fucking mistake I’ve made” and the “worst speech I’ve ever given,” according to Woodward’s account.

Segments of the book leaked to the Post present a consistent picture of Trump as an angry, uninformed leader who lacks intellectual curiosity and is prone to make dangerous decisions on whims