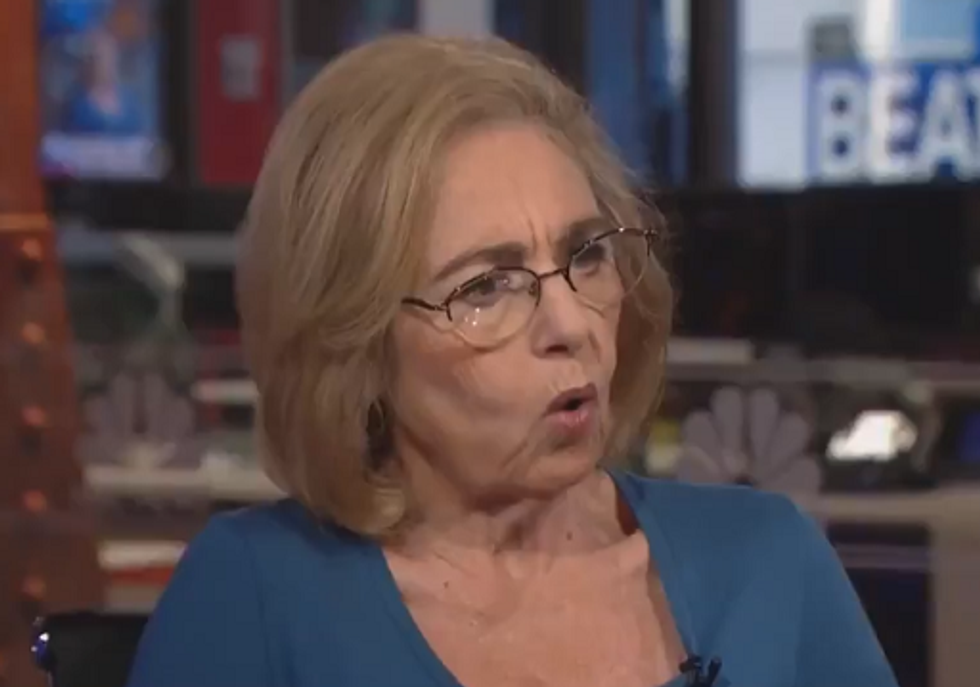 The infamous New York Times op-ed alleging an internal resistance against President Donald Trump, which has eaten up so much of the corporate media's time over the past week, has obscured an obvious reality: there is actually almost no pushback in the White House against anything Trump does. He has near total impunity to enact policy on a whim, insult people on social media, purge civil servants for political reasons, and generally be the id-driven loose cannon he has been throughout his entire life.

And to hear it from former Trump Organization executive Barbara Res, who appeared on MSNBC's "The Beat" Wednesday, the president is, if anything, even less constrained now than he was in the business world because his White House aides stay silent and obedient.

"Why doesn't anyone stand up to this guy? It's amazing to me," she asked. "We did, regularly. There were a bunch of us who did back in the day."

"And I think part of the big difference I see in him is who he hires," she continued. "He's got people that are sycophants that tell him, 'you're great,' and they run off and do what he says to do, without question, like telling the world that he had a bigger crowd at his inauguration than Obama did. And nobody has — these are all cowardly people, and I see anonymous, I hate to say it, as a cowardly person."

Res has alleged horror stories about Truher time as a vice president at the Trump Organization, including his abuse of female employees and even an incident in which Trump demanded his architect remove the braille from his elevators because "No blind people are going to live in Trump Tower."

The picture Res paints of Trump's White House is bleak — and unfortunately, things might actually get worse going forward. Some of the only people who ever stood up to Trump in the slightest capacity, like Gary Cohn reportedly telling Trump he can't just print money to pay off the national debt, or Don McGahn forcing Trump to back off from firing Special Counsel Robert Mueller, are now either gone or on their way out. And as White House turnover continues to leave Trump with a smaller and smaller circle of loyalists, he could lose all touch with the world.