'They Did Not See It Coming': MSNBC Host Says Manafort Might Have Been 'Actively Duping' Trump About His Plea Deal 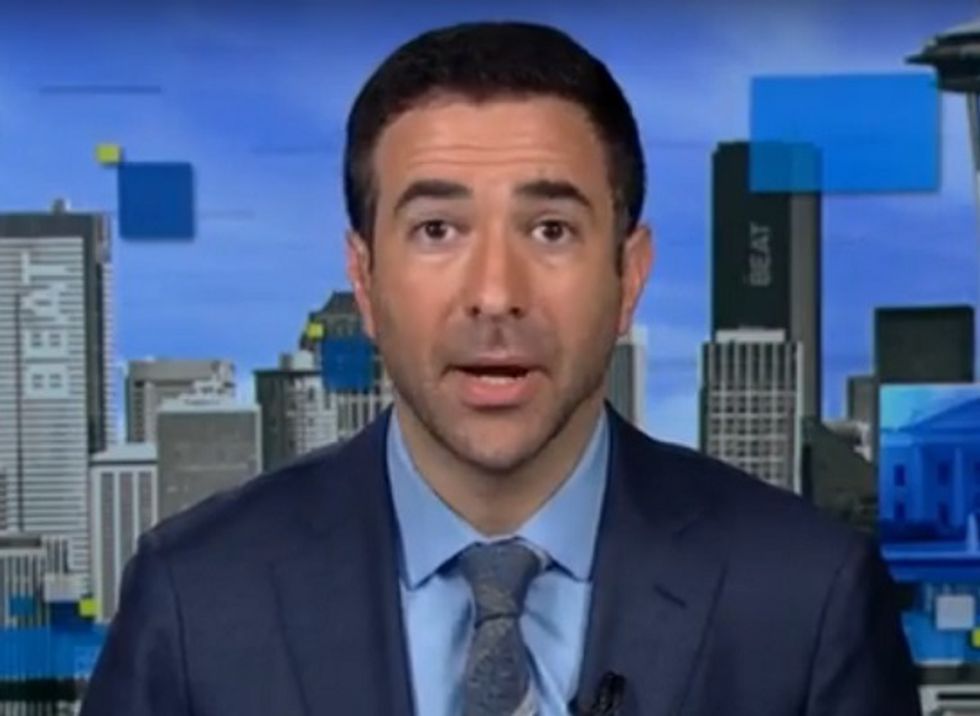 The decision of Donald Trump's former campaign chair Paul Manafort to accept a plea bargain from Special Counsel Robert Mueller ahead of his second trial in the Russia investigation in return for his cooperation was a shocking development.

Among the people who appeared to be shocked by it: Trump's own legal defense team, as evidenced by Rudy Giuliani's garbled mess of an attempt to do P.R. for Trump in the wake of the announcement.

Ari Melber, host of MSNBC's "The Beat" has a theory about why: he believes that Manafort purposely duped the Trump's lawyers into thinking he would go to trial.

"'They did not see it coming.’ That is a quote from how one expert on the how the Mueller probe is describing Donald Trump’s legal team’s reaction at this hour," said Melber on Friday evening. "Trump’s lawyer looks surprised, because over the past few days they were publicly boasting that Manafort was still on their team, Rudy Giuliani touting coordination with Manafort's lawyers and even telling reporters they had an active joint defense agreement. 'We have an open communication with them,' he told Politico this week, providing 'a better idea of what's going to happen.'"

He also noted that just a month ago, Trump was tweeting sympathy for Manafort.

Given Giuliani's history of bluffs and lying, it is possible he did know a flip was imminent. But Melber does not think so.

"A new question tonight is whether the facts just changed quickly, or whether Manafort's side was actively duping his former boss at the White House. And that brings us back to the blindsiding point. That reporter I just quoted is Josh Marshall, he follows this case closely, and is just reporting, quote, 'It seems that Giuliani and his team were duped too. They did not see it coming."

Manafort, who was convicted on eight counts of bank fraud and tax evasion last month, has always been a top target of Mueller's investigation. In addition to his work for Trump, he has a long history of ties to Russian oligarchs, and has enthusiastically laundered their money.

If he is cooperating, it raises questions about what information Mueller seeks to learn from him. Judging by Giuliani's apparent shock and panic, the answer could be a disaster for Trump.