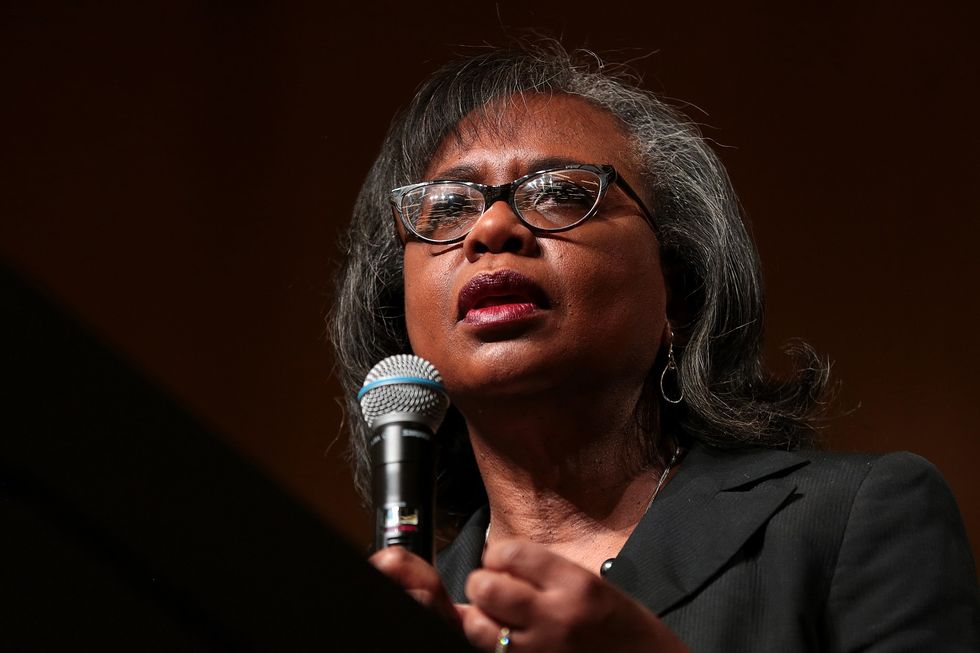 A last-minute bombshell has rocked the confirmation process of Judge Brett Kavanaugh, President Donald Trump's nominee to sit on the Supreme Court. Multiple reports have found that a letter held by Senate Democrats contains allegations from an unnamed woman who says that Kavanaugh and another man attempted to sexually assault her when they were all in high school.

Anita Hill, a Brandeis University professor who is famous for testifying during Justice Clarence Thomas' confirmation hearings that he had sexually harassed her, put out a statement Friday calling for an investigation into the Kavanaugh matter.

"The reluctance of someone to come forward demonstrates that even in the #MeToo era, it remains incredibly difficult to report harassment, abuse or assault by people in power," she said. "Given the seriousness of these allegations, the government needs to find a fair and neutral way for complaints to be investigated."

She continued: "The Senate Judiciary Committee should put in place a process that enables anyone with a complaint of this nature to be heard. I have seen firsthand what happens when such a process is weaponized against an accuser, and no one should have to endure that again."

The New Yorker reported of the letter:

In the letter, the woman alleged that, during an encounter at a party, Kavanaugh held her down, and that he attempted to force himself on her. She claimed in the letter that Kavanaugh and a classmate of his, both of whom had been drinking, turned up music that was playing in the room to conceal the sound of her protests, and that Kavanaugh covered her mouth with his hand. She was able to free herself. Although the alleged incident took place decades ago and the three individuals involved were minors, the woman said that the memory had been a source of ongoing distress for her, and that she had sought psychological treatment as a result.

Both Kavanaugh and the other person allegedly named in the letter have denied its claims. While the second man remained anonymous in the New Yorker article, he came forward as Mark Judge to vigorously deny the charges to the Weekly Standard, though he still says he's not even aware of who wrote the letter.