Americans Crush Trump After He Tweets 'Morbidly Excited' Message on the Anniversary of 9/11: 'This Is Not A Celebration' 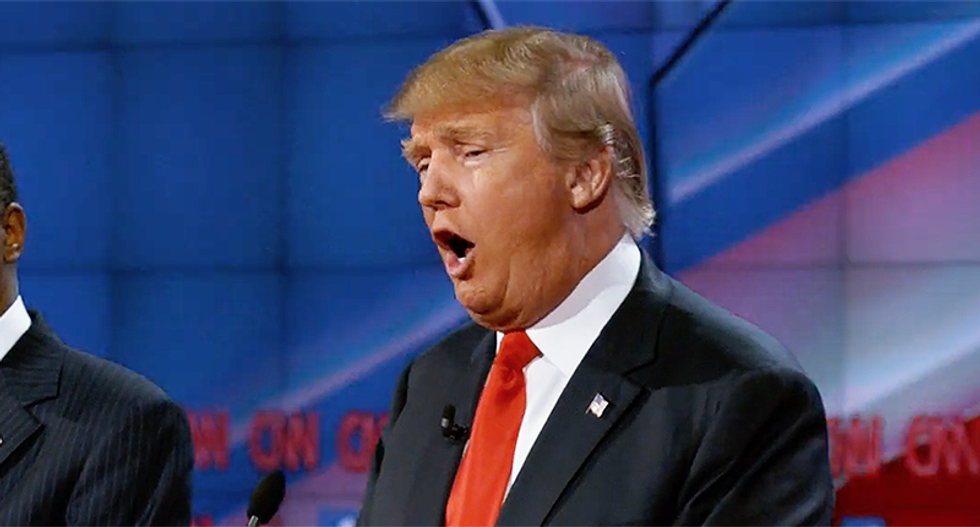 President Donald Trump's first tweet of the day was not honoring 9/11, or the nearly 3000 lives that were lost in that unimaginable tragic attack on America.

Instead, it was about what's always on his mind: trying to convince the world his election was legitimate and he did not collude with Russia to win.

Trump then retweeted a 9/11 tweet from his director of social media, then posted three tweets responding to stories Fox News was reporting, then he posted a tweet announcing he was traveling "to attend a Flight 93 September 11th Memorial Service in Shanksville, Pennsylvania with Melania."

It appears to be a gleeful celebration of one of the worst, most deadly, and most horrific attacks on the nation. Whether or not that was his intent, that's what it appears to be.

He did not mention the U.S. service members who went to war, a misguided war, many of whom lost their lives, or their limbs, or their mental health.

President Trump did nothing to honor those most affected by 9/11.

Instead, he tweeted a celebration of the attacks.

Many on social media were confused, outraged, and stunned:

For someone who tweets NONSTOP on pointless issues, this is what the POTUS has to say to the victims and survivors… https://t.co/cPN0AQay9o
— Analisa Adkins (@Analisa Adkins)1536672102.0

What a bizarre thing to tweet. No mention of the victims, the rescuers, the soldiers who served in Afghanistan or a… https://t.co/Qlr7LIjl07
— David Herdson (@David Herdson)1536671407.0