17 Years After 9/11: Here Are 5 Major Sources of Instability in the Modern Middle East 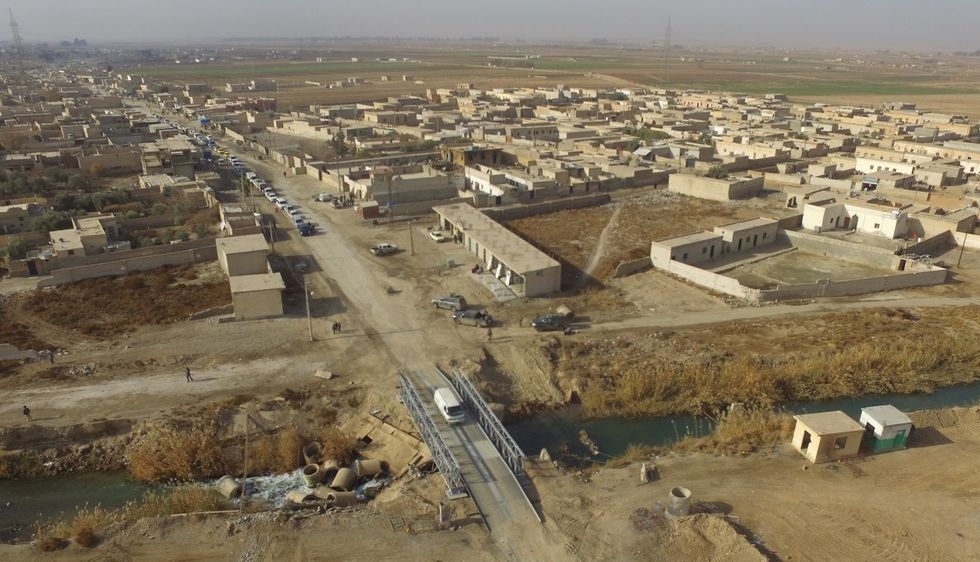 Today is the 17th anniversary of the terrorist attacks of September 11, 2001, a day when thousands of Americans lost their lives. To borrow the phrase that President Franklin Delano Roosevelt used to describe the December 7, 1941 bombing of Pearl Harbor, 9/11 is a day that will live in infamy. 9/11 changed the U.S. in fundamental ways, resulting in a major ramp-up in security and the creation of government agencies that didn’t exist previously (including the Department of Homeland Security). And 17 years after the most devastating terrorist attacks in U.S. history, there is still considerable turmoil and instability in the part of the world where al-Qaeda originated: the Middle East.

Sadly, American post-9/11 foreign policy has, at times, added to the turmoil and unrest in that part of the world. The U.S.’ overthrow of dictator Saddam Hussein in Iraq didn’t discourage terrorism but rather, had the effect of causing al-Qaeda and ISIS (Islamic State, Iraq and Syria) to make major inroads in that country. ISIS’s advances in Iraq made it easier for them to add to the misery in war-torn Syria. And more recently, President Donald Trump has contributed to the instability in that part of the world by ending the Obama administration’s nuclear agreement with Iraq and praising the authoritarianism of Turkish leader Recep Tayyip Erdogan.

John Kerry—former Massachusetts senator, 2004 Democratic presidential nominee and secretary of state under President Barack Obama—was instrumental in the creation of the Obama Administration’s nuclear agreement with Iran. The agreement was designed to prevent Iran from developing nuclear weapons and included not only the U.S. and Iran, but other countries as well (including France, the U.K., Germany and Russia). But President Donald Trump’s knee-jerk view is that if Obama was a part of something, it must be bad—and in May, the U.S. withdrew from the deal.

During an interview with CNN’s Fareed Zakaria on September 9, Kerry explained why Trump’s decision was such a bad one. Kerry described the agreement as the “single strongest, single most accountable, single most transparent nuclear agreement anywhere in the world” and went on to say that by pulling out, Trump has empowered the Islamist hardliners in the Iranian government who argue that the U.S. cannot be trusted. Kerry asserted, “I think it’s a very dangerous and ill-advised move that is not based on any broad strategy.”

Aleppo was once a picturesque city, but the Syrian Civil War—which started in 2011 and still rages on seven years later—has reduced much of it to rubble. The conflict has been as complex and multi-faceted as it has been devastating, with the Ba’athist regime of President Bashar al-Assad fighting the Free Syrian Army, the Al-Nusra Front and other anti-government groups and the Syrian government receiving military assistance from Iran, Hezbollah and Russian President Vladimir Putin. And the American role in the conflict has included attacking the terrorist group ISIS (Islamic State, Iraq and Syria).

Although Iran’s Shi’ite government has a long history of human rights violations, the Obama Administration’s nuclear agreement with Iran made sense for a long list of reasons. First, Iran shouldn’t have nuclear weapons. Second, Shi’ites are bitter enemies of al-Qaeda and the Wahabi school of extreme fundamentalism (which the vast majority of Sunnis are also terrified of). And third, the U.S. and Iran have a mutual enemy in ISIS—an organization so vicious that even al-Qaeda and the Taliban consider their methods extreme. So even though the Iranian government is hardly a model of democracy, the U.S. and Iran do have some shared interests—and that includes combating ISIS.

The thing that has made ISIS even more dangerous than al-Qaeda is not only its cruel methods, but its far-reaching structure. ISIS is technologically sophisticated, reaching out to potential recruits all over the world. And while the Obama Administration did a good job combating ISIS militarily and weakening the group in places, ISIS's resilience should not be underestimated.

4. Turkey Is Being Run by an Authoritarian

In the past, Turkey had a reputation for being one of the more liberal Islamic countries.

But Recep Tayyip Erdogan, since being elected in 2014, has done everything imaginable to set Turkey back and undermine the secularist legacy of Mustafa Kemal AtatÃ¼rk—who, in 1923, founded the modern Turkish Republic, rejected Turkey’s Ottoman Empire heritage and favored a strong separation of church and state. Erdogan, in contrast, believes that Islam should play a much stronger role in government. And he has been running Turkey in an authoritarian fashion, jailing dozens of journalists, building new prisons for dissenters and altering the Turkish Republic’s constitution in a way that has given him broader powers.

But despite all that, Turkey is the one NATO member Trump has had kind words for. When the NATO summit took place in Brussels, Belgium on July 11, Trump gave Erdogan a friendly fist bump and asserted that unlike everyone else in NATO, Erdogan “does things the right way.”

5. Iraq Is Still Recovering from a Devastating War

One of the worst foreign policy blunders in U.S. history was the George W. Bush Administration’s decision to invade Iraq and overthrow Saddam Hussein. While Hussein was a brutally repressive dictator, he was a secularist and had no interest in establishing an Islamist government. Hussein had Iraq stabilized and warned that if he were ever overthrown, the country would erupt in tribalist chaos—which is exactly what happened. The Iraq War was disastrous in so many ways: all hell broke loose, the country’s infrastructure (one of the more advanced in the Middle East) was decimated, and ISIS made frightening advances. In 2018, post-Hussein Iraq is less dangerous than it was in the past but has yet to fully recover from the devastation the Bush Administration caused. And the neocon fantasy that Iraq would become the Switzerland of the Middle East has hardly materialized.