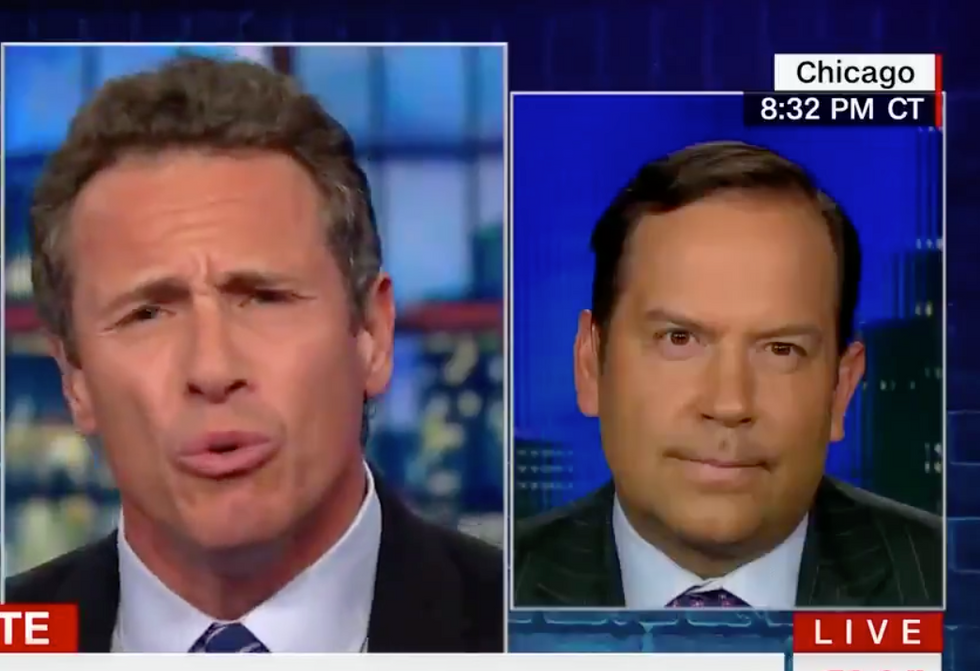 When CNN host Chris Cuomo tried Wednesday to get Steve Cortes, a commentator who supports President Donald Trump, to condemn the president's recent warning that Democrats will be violent if they win in the 2018 midterms, Cortes found a way to derail the whole the conversation.

Instead of answering the questions sincerely or directly, Cortes veered into a rant about Antifa, bizarrely accusing Cuomo of supporting the group.

"You let your righty mouthpieces twist my words for effect to enhance a bigoted agenda. And now you're going to sell it. ... I never endorsed Antifa," Cuomo shot back. "Don’t sell B.S. to my face. Do it behind my back where you are better at it."

He continued, using a mocking tone: "You read your little buddies at Breitbart and your niche places that you say need to have more time on Google, and you came up with 'Cuomo didn't beat down Antifa enough.' Untrue! I said if you break the law, you're a criminal. It's not good enough for you guys — you know why? You want to divide. And I'm wondering if it will work for you."

The whole episode revealed the futility of trying to have honest discussions with people like Cortes, who is clearly just a Trump hack. He had no idea what he was talking about, brought up Antifa for no reason other than to distract, and then misrepresented Cuomo's own views. The fundamental point — why is the president lying about Democrats bringing violence? — was lost in the dustup.