'You Ought to Be Completely Ashamed of Yourself!': CNN Guest Angela Rye Corners Trump Campaign Aide Gina Loudon on the White House's Racism 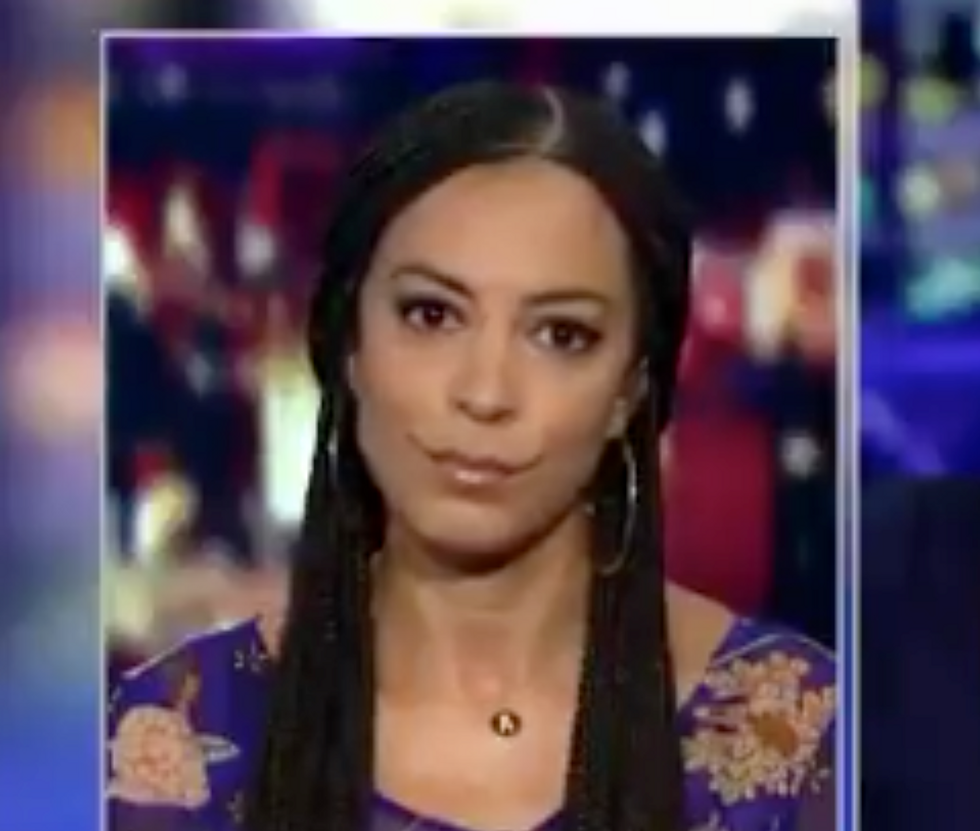 CNN political commentator Angela Rye confronted a Trump campaign aide about the persistent bigotry and racism coming from the White House and the administration Wednesday night in a heated exchange on Erin Burnett's OutFront.

The discussion emerged from the aftermath of the release of Omarosa Manigault Newman's new book, Unhinged, in which the former White House official discusses her search for tapes of President Donald Trump saying the n-word. With the release of the book, the public was also reminded that none of the senior staff in the West Wing are black.

As part of the exchange, Gina Loudon, who works on Trump's 2020 campaign, tried to defend the White House, pointing out that slavery was abolished in an administration with no senior black officials. But Rye wasn't buying it.

"What you said was deeply offensive," Rye said. "What I am telling you is you can't say —at least you shouldn't feel comfortable saying it in 2018 — that this White House not having diversity can be akin to presidents who didn't have any black people on their staff, but for slavery, freeing slaves! That's not okay in 2018."

She continued: "I hope you RIP those talking points tonight, they should never be resurrected. I am telling you it is a problem in this White House with the staff. The reason is: It is slim pickings. You know why? Because nobody wants to work for a racist. There's not a single senior black person in the White House. And don't you dare say 'Ben Carson' because he doesn't work there."

At one point, Loudon tried to suggest that she understood Rye's perspective because she has an "adopted minority son." To that, Rye could barely contain her disdain, audibly sighing and rolling her eyes on camera.

"America has never been great, and it's not great because people like you come on and lie for the president of the United States and then tout — bring out your son as an example! You ought to be completely ashamed of yourself!" Rye said.

"Regardless of your points about slavery, which are nonsense. I hope that you RIP those talking points tonight, the… https://t.co/CqAszYA5jF
— OutFrontCNN (@OutFrontCNN)1534377784.0