'You Had to Control Your Gag Reflex': Conservative Writer Eviscerates Republican Leaders' Hypocritical Praise for McCain 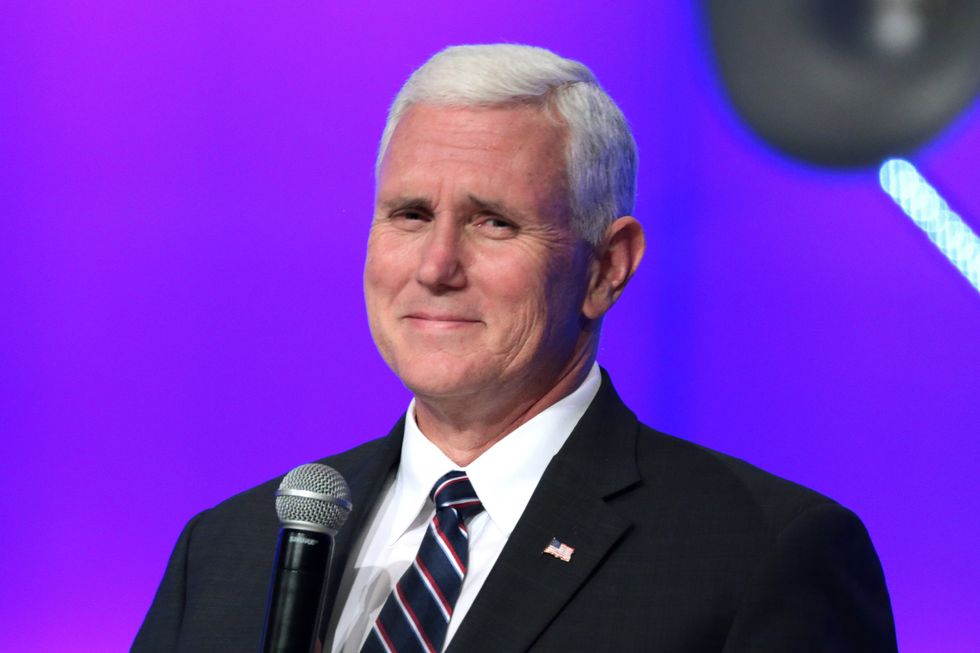 The late Sen. John McCain (R-AZ) asked his two former rivals, President George W. Bush and President Barack Obama, to deliver the eulogies at his funeral on Saturday, but three of his one-time congressional colleagues spoke Friday as his body lay in the Capitol Rotunda.

And, according to conservative writer Jennifer Rubin in the Washington Post, their speeches were a disgusting display.

"You had to control your gag reflex watching Vice President Pence, Senate Majority Leader Mitch McConnell (R-Ky.) and House Speaker Paul D. Ryan (R-Wis.) extol McCain’s greatness as he was accorded the honor of lying in state," she wrote.

In her view, these three men have betrayed the values McCain stood for in his work in government.

She had particular ire for Pence's remarks, calling him a "spineless creature." She took issue with Pence's claim that he was sent by President Donald Trump to honor McCain, given the president's well-known disdain for the senator.

"Pence accepted the vice presidency and stuck with Trump despite the 'Access Hollywood' tape, despite Trump’s denigration of McCain’s service, despite overt racism and contempt for human rights," she wrote. "He has not batted an eye over the hush-money payments to women, the attacks on the rule of law, the evisceration of decorum."

But McConnell and Ryan earned rebukes from Rubin as well. McConnell, she said, "is everything McCain is not, and has presided over the very changes in the Senate that McCain despised." As for the House speaker, Rubin remarked: "Instead of the causes dear to McCain — the rule of law, simple decency, the obligation to defend the country against abuses of power — Ryan has again and again taken the road of least resistance."

McCain was revered by most non-Trump Republicans, but his legacy is particularly admired by conservatives and Republicans who, like Rubin, feel completely abandoned by the Trump-dominated GOP. The senator's funeral ceremonies are only the latest site of the clashes spurred by the party's rupture.