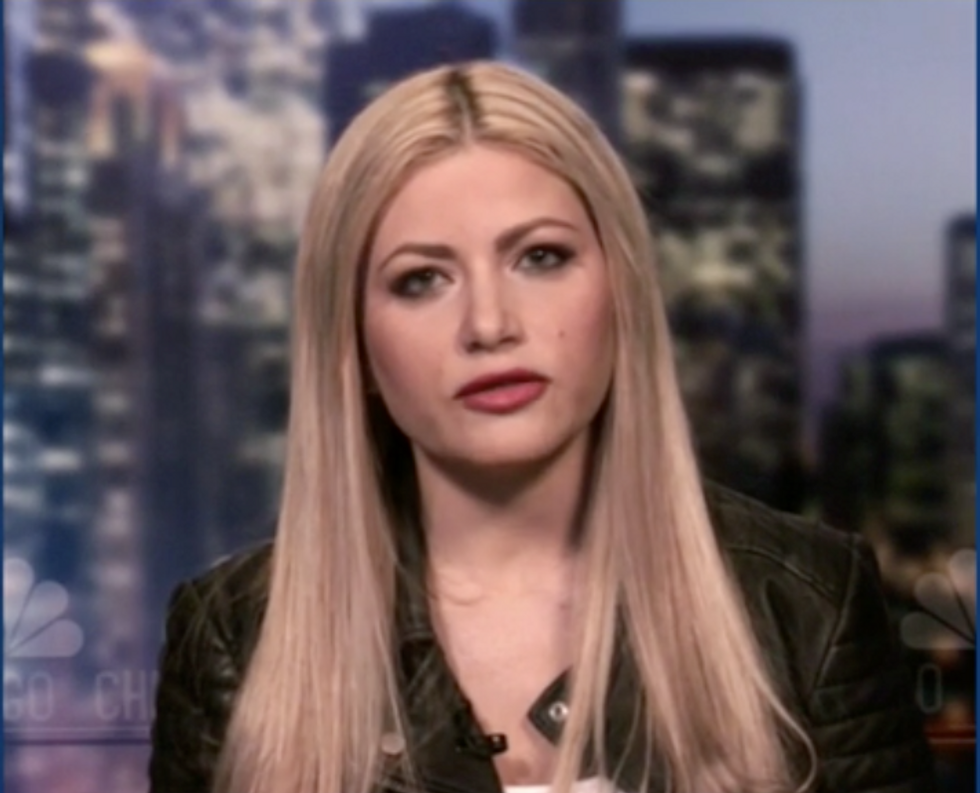 George Papadopoulos was a relatively unknown member of President Donald Trump's campaign during the 2016 election, but he has since become a central figure in special counsel Robert Mueller's Russia investigation, in which he has pleaded guilty to lying to the FBI.

But on Thursday, Papadopoulos' wife, Simona Mangiante, said that he should withdraw his confession and stop cooperating in a statement she gave to MSNBC's Ari Melber. He revealed the statement Thursday on his show "The Beat."

"I trusted these institutions until they proved me wrong," she said. She alleges that there were "shady individuals targeting George with a specific agenda." She also said that there is now "exculpatory evidence" would justify backing out of the cooperation agreement.

It's not clear what exactly is going on in the statement. Why, exactly, is Mangiante making these claims on her husband's behalf and without clearly saying that her husband is on board with the decision?

And as Melber explained, it's no simple thing to back out of plea deal. Unless there are extreme extenuating circumstances, such a move is rarely permitted. And even if he were to pull out of the deal, he would likely still face the prospect of criminal charges.

Papadopoulos has pleaded guilty to misleading investigators about the timing of his contact with Russians during the 2016 campaign who offered helped to Trump in the form of hacked emails. According to documents that have been made public, the investigation into potential collusion between the Trump campaign and the Russians began after an Australian diplomat informed the FBI that Papadopoulos had been discussing his contacts with Russia.

Watch the clip of "The Beat" below: