Why Won't Mueller Make a Deal with Michael Cohen? 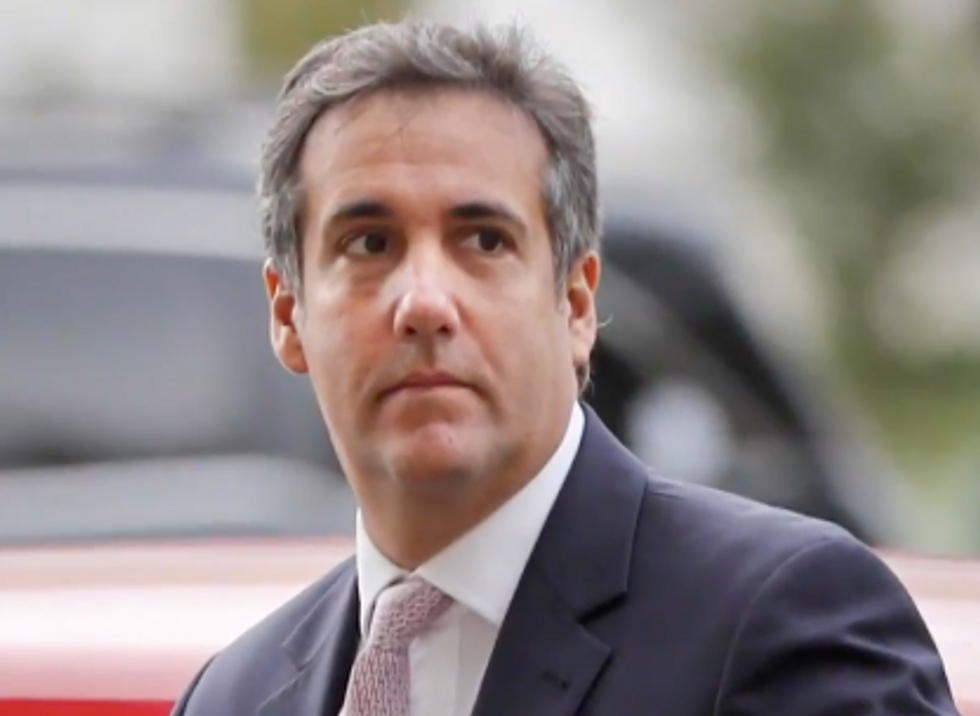 Immediately after his home and office were raided, Michael Cohen began sending an SOS to Donald Trump so clear that it was visible from lunar orbit. But since Trump hasn’t yet determined how to pre-pardon anyone, there wasn’t much that Trump could do for his onetime attorney except throw hundreds of thousands into Cohen’s defense fund, start moaning that “Attorney Client privilege is now a thing of the past,” and continually attacking the validity of the investigation into Cohen’s actions.

But since it became clear that there was no help coming from that quarter, Cohen has been sounding whistles of increasingly ridiculous size that he’s willing, no eager, no happy! to cooperate with the special counsel. Cohen’s attorney Lanny Davis couldn’t have been more clear on this point if he had worn a sandwich board to court. And it seems that Cohen does have something to sell. After all, his long history with Trump shows that he doesn’t just know where the skeletons are buried, he manned the shovel.

So why not? The Tuesday deal that saw Cohen pleading guilty on eight counts was very notably not a cooperation agreement. There’s been some speculation that the cooperation by Cohen is being kept secret, but if that’s true, why would Cohen so obviously still be begging for Robert Mueller to please, just please, ask him a question? There would seem to be two possibilities.

First, any deal with Cohen would be to collect information on Trump, and Trump, because of the paper-thin shield of DOJ policy, can’t be indicted. So the value of what Cohen could provide the investigation is limited to just lengthening the list of would-be charges attached to the final report that Mueller will eventually send to Congress. With all the information that’s already on that list, including information gleaned from Cohen’s own files, it simply may not be worth it.

The other big possibility is that Cohen doesn’t get a deal … because Cohen doesn’t deserve a deal. Because what Cohen may have done is so big that offering him a deal would be an insult to the whole process. If the information from the memos compiled by former British intelligence officer Christopher Steele is correct, then Cohen wasn’t just involved in the Trump campaign conspiracy with Russian operatives, Cohen traveled to Prague and worked directly with Russian agents on schemes to hide their actions in the United States and shield them from discovery. Cohen may have simply emerged as one of the primary targets of the investigation.

The truth of those allegations may be in Robert Mueller’s hands. Because, as we’ve already seen, when Michael Cohen is hired to bury a secret, he has a distinct habit of holding onto the evidence.

Cohen’s recordings of his conversations with Trump weren’t made to refresh Cohen’s memory. And he didn’t keep them around for years so he could brush up his notes. The reason Cohen has been recording Trump, and others, is because he’s considered using the information against them before.

After all, what better final act for a fixer than to fix the people who paid him to hide their secrets? Cohen might never have pulled the trigger on extorting Trump. Or he may have been keeping the information as a hedge against the day when Trump found a younger, sexier fixer. But he certainly kept his ammo carefully packed away.

In any case, it’s obvious that Cohen has been hanging onto information that he could use against Trump. Which makes the raid of his office probably the biggest load of information to land on the desks of Mueller’s team, and makes Cohen’s personal cooperation less than requisite.

Cohen’s knowledge of Trump’s secrets, and his penchant for pressing “record,” may ultimately make him the most critical figure of future accounts of Trump’s downfall. But that doesn’t make him the hero of the story, and it doesn’t make his sitting in a witness chair essential to Mueller. Because Michael Cohen may have committed crimes just too large to be worth making a deal about. Especially when we have his notes.