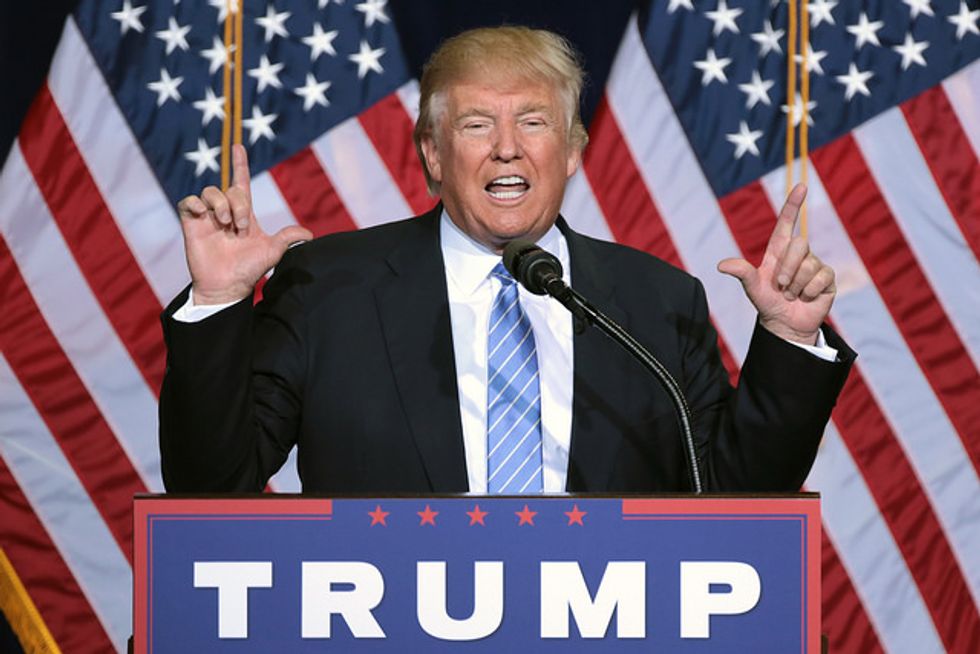 On Monday, as California continued to struggle with the largest wildfires in the state's recorded history, which have killed seven people and burned over 750 structures, Trump took to Twitter to scold the state government and Gov. Jerry Brown, insinuating that their own mismanagement of the environment was responsible for the disaster:

California wildfires are being magnified & made so much worse by the bad environmental laws which aren’t allowing m… https://t.co/V94EEYqoHv
— Donald J. Trump (@Donald J. Trump)1533592422.0

In a lengthy column taking down Trump's fabrications, Michael Hiltzik of the Los Angeles Times explained that water is not an issue for California firefighters:

The likeliest explanation for [Trump's] take on water is that he’s confused by the demands for more irrigation water he’s hearing from Republican officeholders in the Central Valley. They’re the people who grouse about water being “wasted” by being diverted to the ocean, rather than into their fields.

Their demands have nothing to do with the availability of water for firefighting. Fire agencies haven’t been complaining about a lack of water, especially water “diverted” to the Pacific. Major reservoirs are near the worst fire zones; the Carr fire is near Lake Shasta and Whiskeytown Lake and the Mendocino Complex fire is near Clear Lake. All are at or near their historical levels.

“There have been no issues getting water from them,” Scott McLean, a spokesman for the California Department of Forestry and Fire Protection, or Cal Fire, told me.

In fact, some of Trump's officials are actively contradicting him, including one FEMA official who told CNN that there is no issue in California with access to water for the purpose of firefighting.

Moreover, if Trump was really concerned about water shortages in California, he might pay more attention to climate change. A new climate model estimates that melting Arctic sea ice could reduce precipitation over the Golden State by up to 20 percent within three decades. Furthermore, rising temperatures threaten to reduce the snowpack in the Sierra Nevada mountains, which provides a third of California's water.

Trump has called climate change a hoax invented by the Chinese, is pulling the United States out of the Paris Climate Agreement, and has placed a former coal lobbyist in charge of the EPA. So it seems unlikely he will consider this side of the story.

Between all of this, it is no wonder that even the administration itself can no longer go out on a limb to defend Trump's bizarre lies.