'The White House Will Be Under Siege': Here's Why Trump Could Be Totally Unprepared for Democrats' Potential Impeachment Push 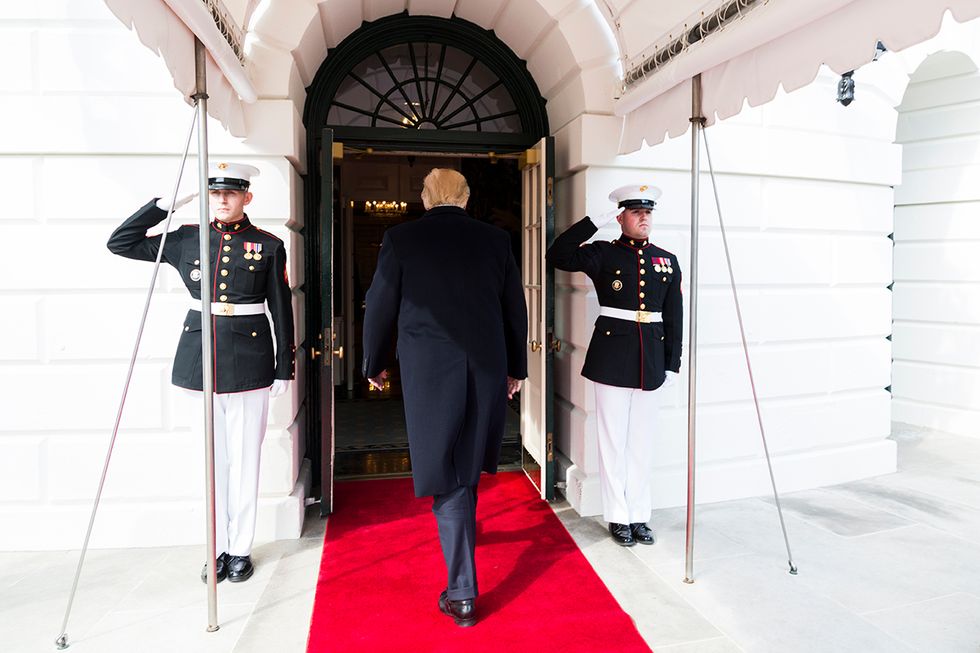 Allies to President Donald Trump are increasingly worried that he is utterly unprepared for the chance that Democrats will win control of the House of Representatives in November's midterm elections, a move that would put his opponents in charge of Congress' authority to investigate the executive branch, according to a new report in the Washington Post.

The story, which drew on interviews from 26 people connected to the White House, paints the picture of an anemic legal defense for the president, who is himself unaware of the level of risk he is under. According to the report, Trump believes Republicans will hold on to control of Congress, even though most observers believe a Democratic takeover of the House remains likely.

“Winter is coming,” one person in communication with the White Houe told the Post. “Assuming Democrats win the House, which we all believe is a very strong likelihood, the White House will be under siege. But it’s like tumbleweeds rolling down the halls over there. Nobody’s prepared for war.”

Trump has reportedly wondered why he doesn't have strong lawyers like those who are representing his associates. Meanwhile, the White House counsel's office has been nearly hollowed out. Only one of five of the deputy counsels remain, and Trump announced Wednesday morning that current White House Counsel Don McGahn will be leaving in the fall.

This could be even worse for the president than it looks. As the Post notes, if Democrats win control during the midterm elections, the coming wave of investigations and potential impeach proceedings — what Trump reportedly calls "the i-word" — could encourage more staffers to jump ship while scaring away most potential new hires.

If the Democrats' investigations and push for impeachment do arise, the White House might be completely unable to defend itself adequately.

The report emphasizes how crucial the upcoming elections are to the Trump White House — as well as for those who wish to oppose it.