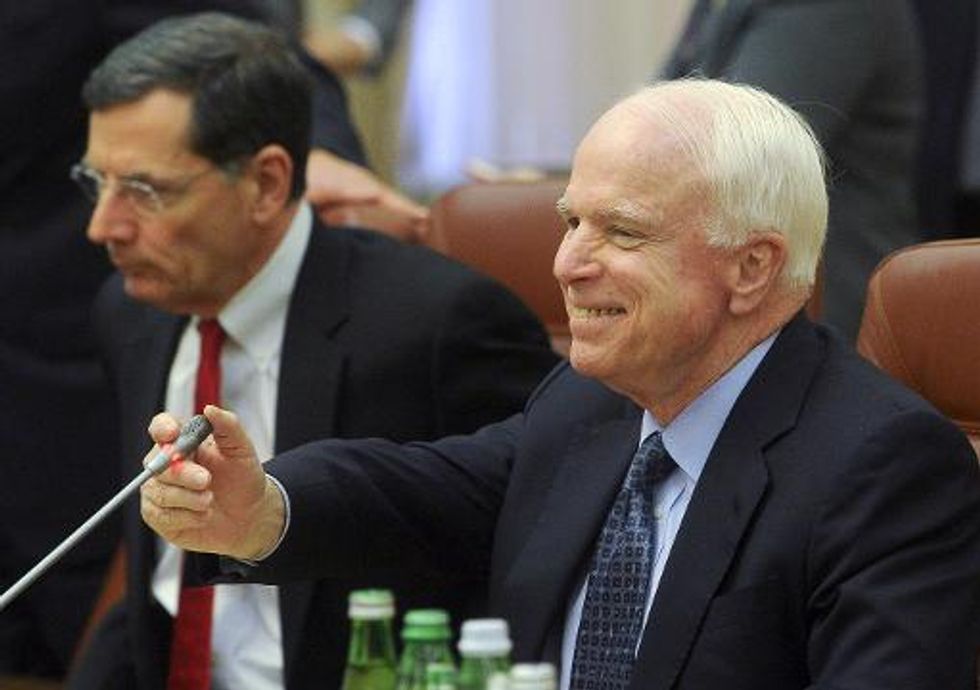 Hours after John McCain’s death, several White House staffers wanted to issue a statement praising McCain for his lifetime of service. But Trump vetoed it.

Press secretary Sarah Huckabee Sanders, Chief of Staff John F. Kelly and other White House aides advocated for an official statement that gave the decorated Vietnam War POW plaudits for his military and Senate service and called him a “hero,” according to current and former White House aides, who requested anonymity to discuss sensitive internal deliberations. The original statement was drafted before McCain died Saturday, and Sanders and others edited a final version this weekend that was ready for the president, the aides said.

But Trump told aides he wanted to post a brief tweet instead, and the statement praising McCain’s life was not released.

All you need to know is that virtually everyone who counts in this administration—Pence, Pompeo, Nielsen, Mattis, Bolton, DeVos, Conway, Sanders, among others—posted statements of praise to McCain by sunset. But Trump couldn’t put his grudges aside long enough to do so. Instead, most of his Twitter activity has been a steady stream of “look at me, listen to me, look what I’ve done.”

We have an empty shell of a man in the White House. And this is yet more proof.

The truth about the 8 glasses of water a day myth