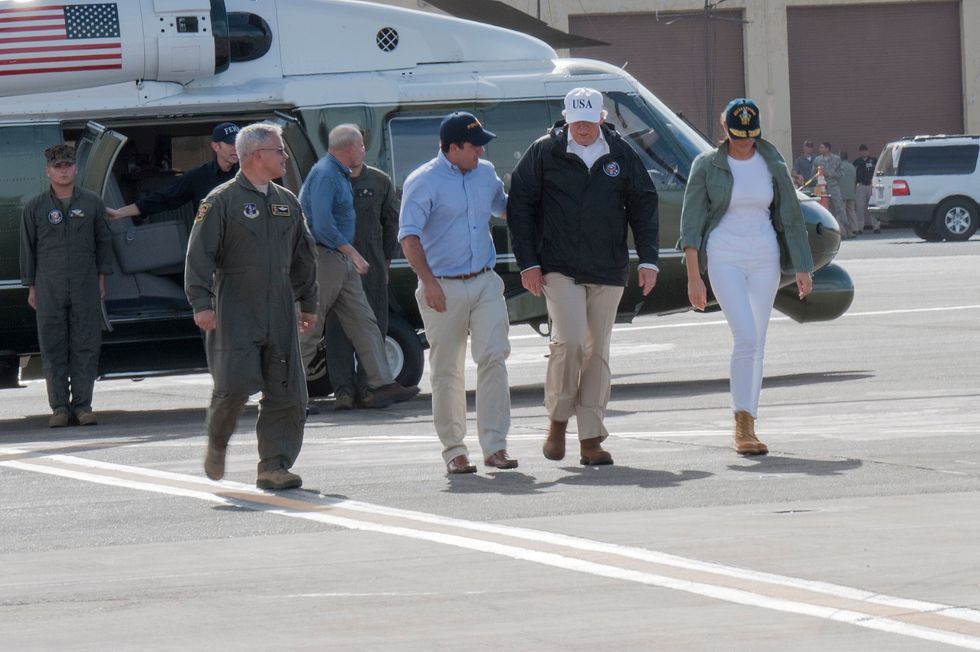 Hurricane Maria tore through Puerto Rico in September 2017 and destroyed homes, infrastructure, and lives. But ever since, it has been a struggle to assess the extent of the destruction as conflicting reports differed on the death toll, and the government appeared to drag its feet on providing answers.

But a new, definitive study conducted by George Washington University's Milken Institute School of Public Health and commissioned by the governor gives the most authoritative estimate yet. According to the study, the storm killed an estimated 2,975 people — making it one of the most deadly natural disasters in American history and comparable with 9/11 in terms of the death toll.

And yet when President Donald Trump visited Puerto Rico in 2017 after the storm, he had played down the seriousness of the disaster.

"Every death is a horror," Trump said at the time. "But if you look at a real catastrophe like [Hurricane] Katrina and you look at the tremendous -- hundreds and hundreds of people that died -- and you look at what happened here with, really, a storm that was just totally overpowering ... no one has ever seen anything like this."

At the time toll was 16. But experts quickly knew that figure was far too low.

Trump even feuded with the mayor of San Juan, Carmen YulÃ­n Cruz, who criticized his administration's response to the crisis.

Politico would later report that official statistics suggested the administration had grossly neglected Puerto Rico as compared to Texas, which was hit by Hurrican Harvey:

No two hurricanes are alike, and Harvey and Maria were vastly different storms that struck areas with vastly different financial, geographic and political situations. But a comparison of government statistics relating to the two recovery efforts strongly supports the views of disaster-recovery experts that FEMA and the Trump administration exerted a faster, and initially greater, effort in Texas, even though the damage in Puerto Rico exceeded that in Houston.

Within six days of Hurricane Harvey, U.S. Northern Command had deployed 73 helicopters over Houston, which are critical for saving victims and delivering emergency supplies. It took at least three weeks after Maria before it had more than 70 helicopters flying above Puerto Rico.

Nine days after the respective hurricanes, FEMA had approved $141.8 million in individual assistance to Harvey victims, versus just $6.2 million for Maria victims.

And upon release of the new estimate of the death toll, Trump himself had no response. Instead, he spent the morning tweeting about some bizarre conspiracy theory that Google is treating him unfairly.

Eventually, White House press secretary Sarah Sanders put out a statement in response to the news — but she didn't address the new numbers directly, nor did she explain how the administration would do better next time. She also made no indication that the administration showed any remorse for its failure to better protect the Americans living in Puerto Rico:

Read her full statement below:

The federal government has been, and will continue to be, supportive of Governor RossellÃ³’s efforts to ensure a full accountability and transparency of fatalities resulting from last year’s hurricanes — the American people, including those grieving the loss of a loved one, deserve no less. The President remains proud of all of the work the Federal family undertook to help our fellow citizens in Puerto Rico. The devastating back-to-back hurricanes were met with the largest domestic disaster response mission in history. We are focused on Puerto Rico’s recovery and preparedness for the current Hurricane season. The federal government will continue to support the Government of Puerto Rico and the Puerto Rican communities in their recovery from Hurricanes Irma and Maria for years to come.” Sarah Sanders.