'What the Political Revolution Is All About': Historic Upset by Progressive Andrew Gillum in Florida 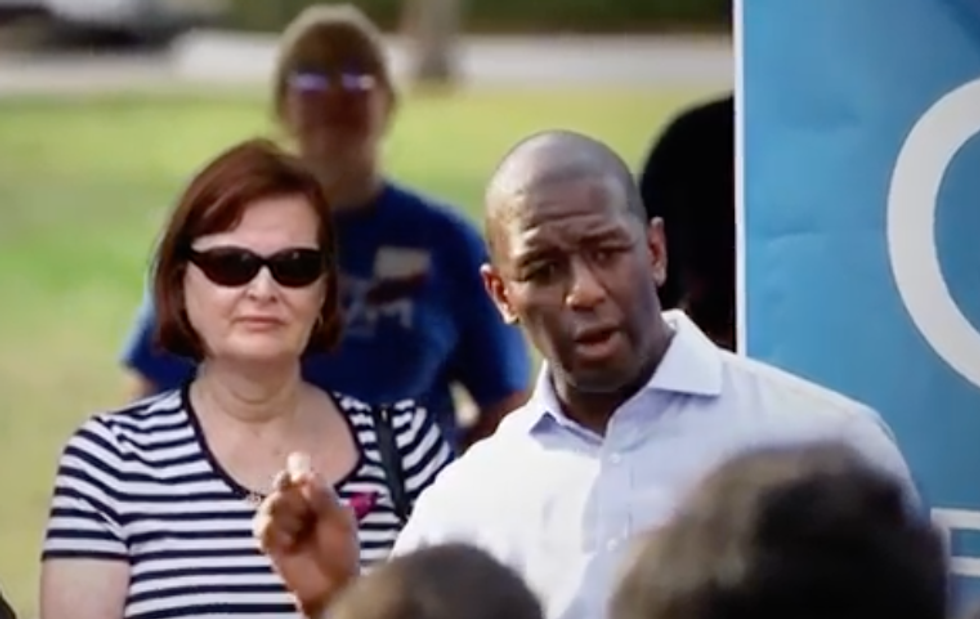 Despite being massively outspent by his centrist millionaire opponents and lacking support from the Democratic establishment, progressive Andrew Gillum rode grassroots enthusiasm for his unabashedly left-wing agenda of Medicare for All and bold criminal justice reform to a shocking and historic upset victory Tuesday night in Florida's gubernatorial primary.

"Tonight, we proved what's possible when people come together and show up to build Florida into a better state for all," Gillum wrote on Twitter following his victory, which was celebrated as further evidence that the progressive movement is gaining momentum nationwide. "I'm truly honored to represent people across the state as the Democratic nominee—and I promise to stand up for everyday Floridians and the issues that matter most."

While Gillum—who is currently the mayor of Tallahassee—lacked the institutional backing and immense personal wealth of his Democratic opponents, he overcame this cash deficit with a massive surge in voter turnout, which was attributed to his unwavering embrace of popular policies like Medicare for All and raising the minimum wage.

"My opponents have spent, together, over $90 million in this race. We have spent four [million]," Gillum told supporters at an event on Saturday. "Money doesn’t vote. People do."

In a statement Tuesday night, Sanders applauded Gillum's "powerful" grassroots campaign, noting that "he's not just working hard to win an election, he has laid out a vision for a new course for the state of Florida and our country. No one person can take on the economic and political elites on their own."

"Tonight, Floridians joined Andrew in standing up and demanding change in their community," the Vermont senator added. "That's what the political revolution is all about and Andrew Gillum is helping to lead it."

In a tweet congratulating Gillum for his come-from-behind win, Ocasio-Cortez declared that the "progressive movement is transforming the country."

In November, Gillum—who is vying to become Florida's first black governor—will face off against Rep. Ron DeSantis (R-Fla.), a "Trump acolyte" who has enthusiastically embraced the president's xenophobic agenda and pro-corporate economic policies.

Implicitly denouncing the divisive and hate-filled platforms of DeSantis and President Donald Trump, Gillum declared at his victory party Tuesday night that his campaign is "going to unite this state."

"What's going to bring us together is our common and shared belief that regardless of where you come from, regardless of what your mother or your father did for their profession, regardless of what side of the tracks you live on that, that every singly Floridian ought to have their equal and fair shot at the American dream," Gillum said.

Appearing on CNN after his victory, Gillum acknowledged his belief that Trump is "uniquely unqualified for the position he holds" and "dangerous" to the country, but said the thrust of his campaign has been focusing on the "everyday issues confronting people."